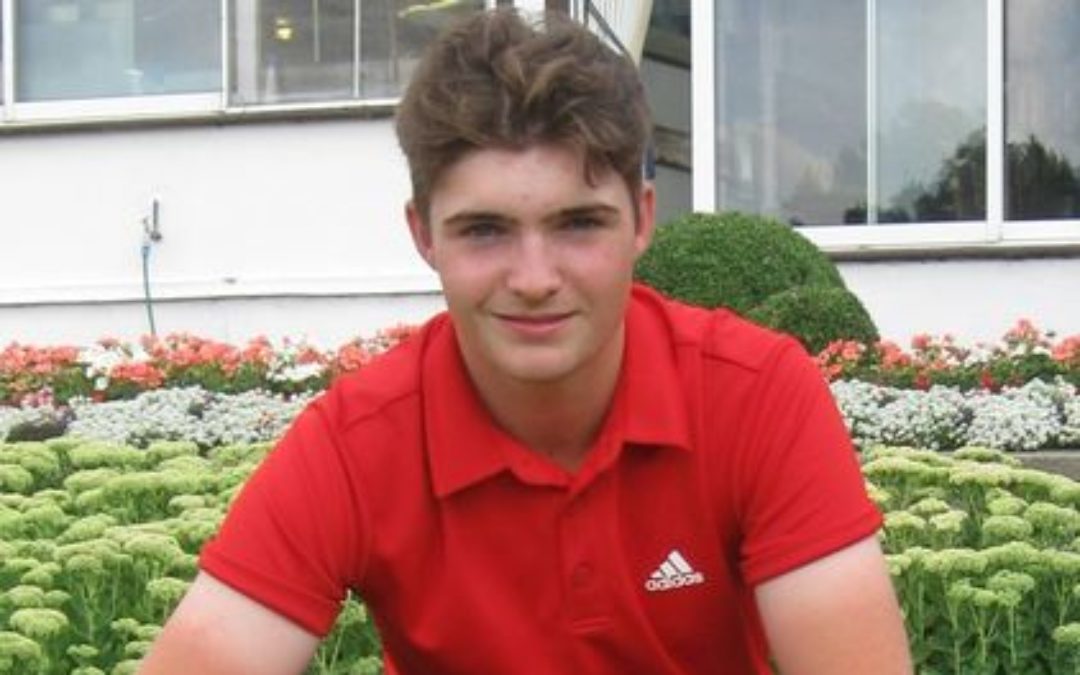 Last year’s Hertfordshire Boys Champion, who is also a past Scottish U14 Champion, shot rounds of 72 and 70 on Burhill’s New Course to finish on two-under par to win by two.

He overcame a double bogey at his first hole starting at the 10th at the Walton-on-Thames club where Paul Casey came through as a junior to win back-to-back England Amateur Championships in 2000.

He reached the turn on one-over after picking up birdies at the 11th and 16th but after getting back to level par with a two at the fourth, he made another double at the next hole – the par five fifth.

Clemons bounced back with birdies at the seventh and ninth to card a 72 to trail the leader by four with 18 holes to play. The teenager then roared into the lead with three more birdies on the front nine of his second round.

A birdie four at the par five 11th got Clemons to four-under but a late wobble cost him a third double of the day at the 17th, but it did not cost him the title.

Chalk made five birdies and two bogeys in his first round to lie one shot behind Hilton lunch and with scoring harder in the afternoon, a late birdie at the par three 18th over the water in front of the Georgian clubhouse where Barnes Wallis invented the Bouncing Bomb during WWII, was enough to take second spot on his own despite five bogeys on his card.

It also meant Chalk took the U16 South East crown, earning him an exemption into the McGregor Trophy, at next month’s English U16 Boys Championship at Radcliffe-on-Trent.

In a bizarre twist, a young Barnes Wallis, from The Addington, finished in 14th place on five-over par after a second round 73.

He completed his first round of 76 on the 18th which is overlooked by the Barnes Wallis Suite named in honour of the WWII inventor, in the former Guiness family home, which dates back to 1726.

Bognor Regis’ Harry Isham was runner-up in the U16s while fellow Sussex teenager Jamie Burchell, from Golf at Goodwood, took the U14 title with rounds of 79 and 76 to earn a spot in the Reid Trophy, the English U14 Boys Chamionship.

The Carris Trophy, which has been won by the likes of Hampshire’s Justin Rose (1995) and Hertfordshire’s Callum Shinkwin and Tom Lewis (2009 and 2010) – takes place at Hertfordshire’s Moor Park from July 23-26.

PICTURE CAPTION: Hanbury Manor’s Dominic Clemons, who added the South East Junior Championship at Burhill, to the Hertfordshire Boys Championship he won in 2018. By HERTFORDSHIRE GOLF