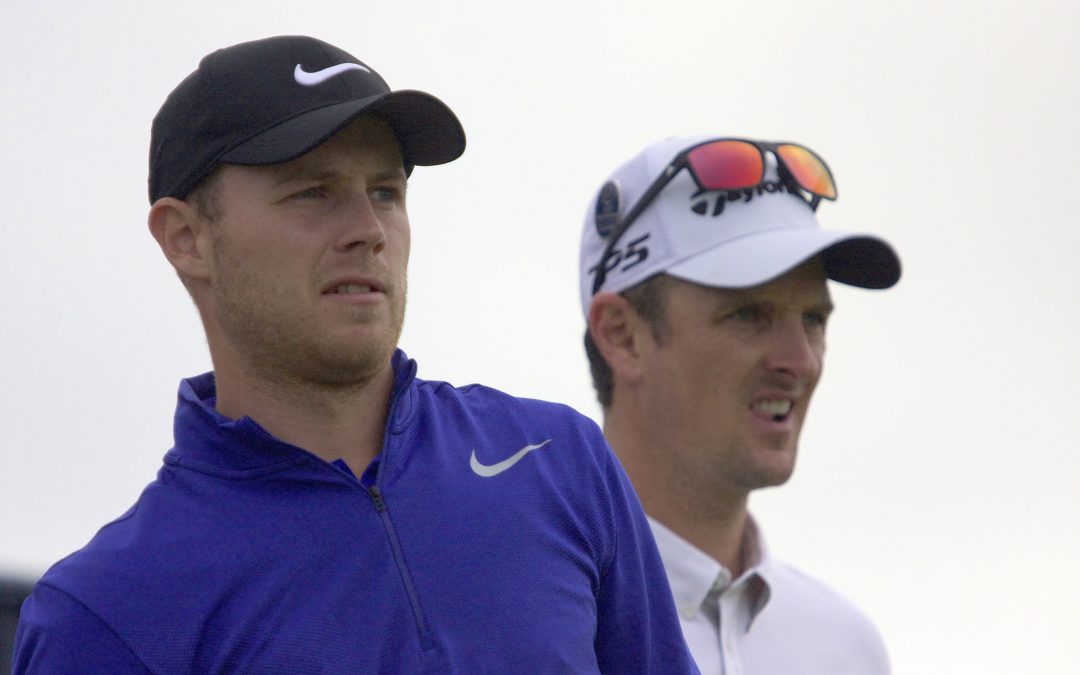 HAMPSHIRE’S Justin Rose has lent his name to the competition that helped him on his way to stardom – The Telegraph Junior Championship.

And record-breaker Ben Schmidt is earning similar plaudits that followed the North Hants GC junior in the mid 1990s. The Yorkshire teenager, who broke two big records earlier this summer by becoming the youngest player to land the English Strokeplay double, is the hot favourite for the Justin Rose Telegraph Junior Championship, which gets under way at Portugal’s Quinta de Lago, today (Wednesday).

Olympic Champion Rose won the Hampshire Hog at his home club as a 14 year old, in 1995 before adding the McGregor and Carris Trophies at the English U16 and U18 Strokeplay Championships – a feat not matched since.

In both instances, Schmidt broke records held since 1974 by Sandy Lyle, who won both the Brabazon and Carris as a 17-year-old.

Having been named as a reserve for the Walker Cup, which Great Britain and Ireland lost to the USA at Royal Liverpool in September, Schmidt’s chance to break Fisher’s record has gone for good.

Now 17, the Rotherham GC member has been tipped for the top by Green Jacket winner Danny Willett, who hails from the same club.

Willett’s caddy Samy Haywood was bemused by the R&A’s decision to not pick Schmidt in August, while another 16-year-old – Stoke Park’s Conor Gough – got the nod after winning the English Amateur at Hankley Common, the week before the team was picked.

Rose came through the same Hampshire junior programme that produced its first two Amateur Champions for the county in Harry Ellis and Scott Gregory in 2016 and 2017, and both players have looked up to Rose and his win at the 2013 US Open for inspiration.

Justin believes winning the Telegraph in 1997 put him firmly on the path to success in the professional game. It was his first victory overseas and followed having become the youngest-ever Walker Cup player after his 17th birthday that summer. 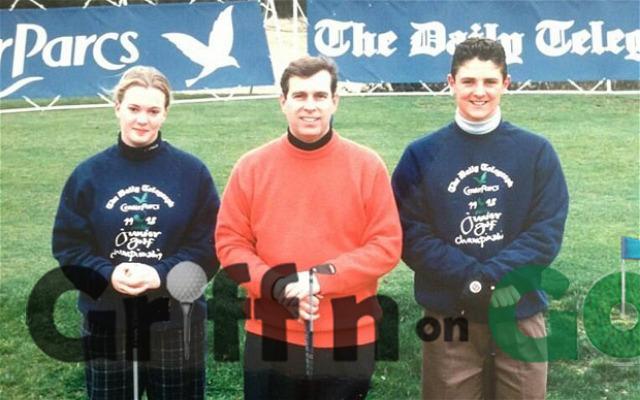 Rose revealed: “When I won this tournament it acted as springboard to me realising my dreams. This is an unofficial major in junior golf and you can see that by the quality of those who have previously won.

“In front of the TV cameras, this is their chance to put their marker down. People will take notice.” Schmidt, who started the year some 5,000 places below his current World Amateur Golf Ranking of No. 8, has had some time to reflect on his success in 2019.

“It’s been crazy looking back on it, and, if I’m being honest, the amount of success I enjoyed this year has been unexpected.

“It all just clicked over the summer and everything changed for me in a matter of weeks. I just got on a roll. I came out of winter training and made a decent start to the season, despite not having played competitively for a few months.

“I won the Yorkshire Boys in May, which was a real boost and it progressed from there. Once I won that first event, I started every tournament thinking only about the win. I just had so much confidence,” added Schmidt, who is favourite to follow Rose by winning the Telegraph Junior Championship title this week.

Rose, who now lives in the Bahamas, knows that feeling after his first golden season in 1995 which saw him win two national championships as well as the famous Hampshire Hog. 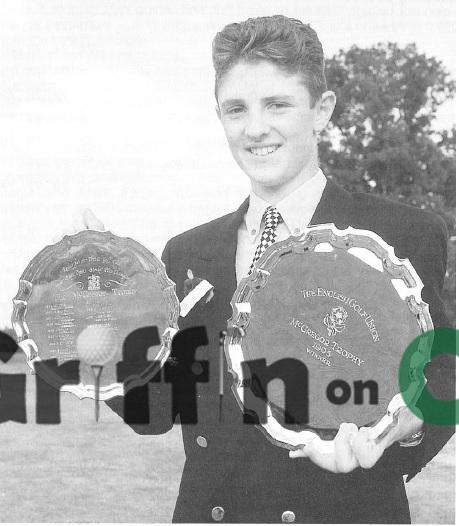 Justin Rose won the McGregor and Carris trophies in 1995

Rose said: “This is a nod to where I’ve come from. I have done lots of charitable work in the US.

“But this is my first way of trying to give back to golf in the UK – and its really important to me. “The championship is 35 years old and – as well as me – there have been some other winners who have gone on to big things.”

Those past champions include Sheffield Ryder Cup player Matt Fitzpatrick and Essex’s Oliver Fisher – who broke Rose’s record as the youngest Walker Cup player in 2005, in Chicago.

Rose, who announced his sponsorship of the event back in March added: “The quality of those champions shows it is run incredibly well, and I wanted to get behind a well-oiled machine.

“But I would still love to help to grow it. We’ve added some players and some spots to the field this year, and my aim is to see different categories going forward – and to broaden its reach.” Other names to watch this week in the Algarve are Worcestershire’s 2018 Reid Trophy winner Hugh Adams, from Hagley GC, and Bishop’s Stortford’s Max Hopkins, the Telegraph Champion in 2017.

THE increase to 12 finalist spots for 2019 is not the only first – Somerset sisters Mimi and Patience Rhodes, who are members at Burnham and Berrow, will become the first siblings to play in the final – of either sex.

They will be watched by grandmother Susan, who has been recovering from cancer treatment, but was well enough to see them play for Europe in the Ping Junior Solheim Cup, at Gleneagles, in September.

England junior international Mimi was fifth in qualifying at the Women’s Amateur, at Royal County Down, in June, and third in qualifying for the Girls Amateur Championship at Panmure, in August.

Surrey’s Rafiah Banday is sure to attract the Sky TV cameras over three rounds on Quinta do Lago’s North Course, as the Wembley-raised teenager, who is a member at Royal Mid-Surrey, will play in a hijab, confirming the growing diversity of golf in the UK. 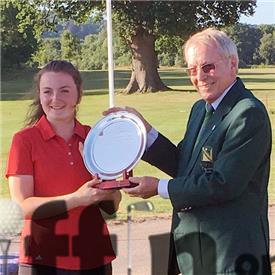 England junior internationals Charlotte Heath, Rosie Belsham and Banday will have their eyes firmly on the prize this week, while Welsh international Darcey Harry will have similar ideas.

But it is The Buckinghamshire’s Roisin Scanlon, who makes history after becoming the youngest finalist in the Telegraph’s history at the age of just 12.

Scanlon has a reputation for enjoying competing against the older girls at county events and junior opens despite not even being a teenager.

All the players have come through a number of qualifying events across the country this summer, with the lowest 12 scores against par booking their seats on the plane to Portugal. 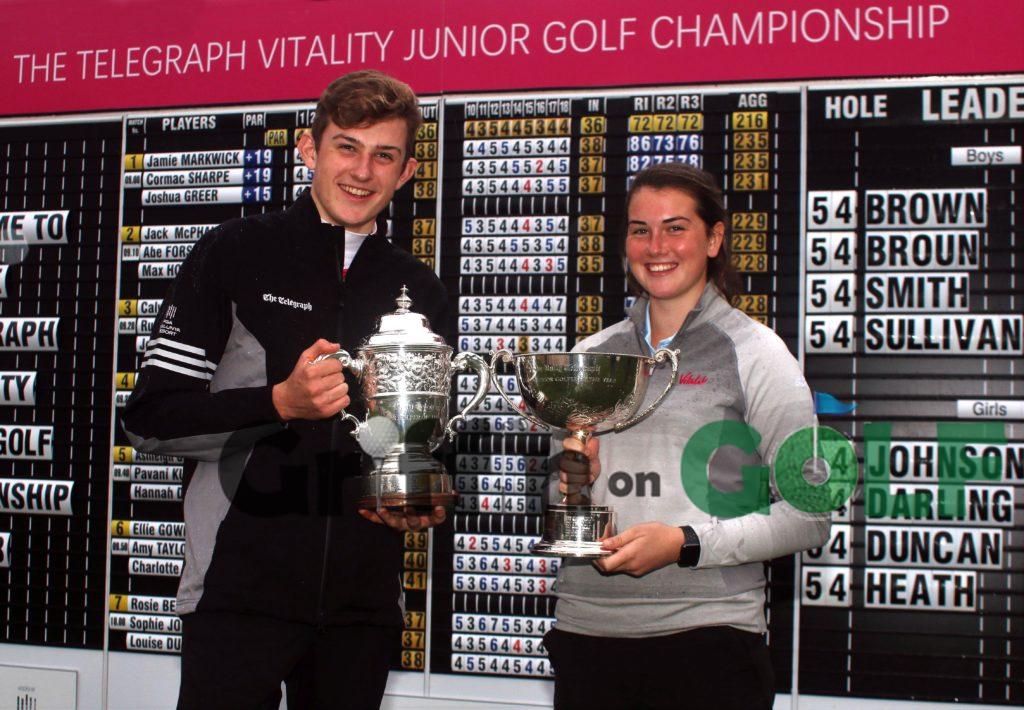