HERTFORDSHIRE’S Harry Goddard played with real courage and conviction coming down the stretch to win the Portuguese International Amateur Championship.

Those characteristics came as no surprise to those who have been by the former England junior international’s side over the past few, difficult months as he battled back from a serious illness. The England A-squad player was fully entitled to enjoy his day in the Lisbon sun.

It was a fabulous victory even without Goddard’s unusual backstory. A final six-under par round of 66 – on the back of three earlier scores of 71, 65 and 67 – was enough to earn him the title by one shot on an aggregate of 19-under at the Montado Golf Resort, on the outskirts of the Portuguese capital.

Four birdies in his final five holes showed real guts as well as skill as he finished ahead of Spain’s Eduard Rousaud and home hope Pedro Lencart Silva.

It sees him become the fifth winner of the Portuguese title over the last 30 years, and the first since Frilford Heath’s Eddie Pepperell, in 2011.

Yet back in November, the England squad player couldn’t have contemplated winning when he was struck down by what he initially thought was a severe bout of influenza.

As he struggled with what he thought was simply a nasty virus, recovery was slow and eventually he opted to get checked out in hospital. It was a smart move, as it actually turned out to be pericarditis – an inflammation of the tissue around his heart.

Doctors immediately admitted him, kept him in for almost two weeks and, on being discharged, informed him to rest up. Winter training plans disappeared in an instant.

A month-long trip to Australia in January to play in four key amateur events with his England team-mates had to be shelved on doctor’s orders.

Watching Charlotte Heath and Ben Schmidt win trophies down under was bitter-sweet for a player thrilled for his colleagues – but frustrated at missing out on the chance to compete.

The 20-year-old didn’t pick up a club for two months. He had only just got back into he swing when he was given permission to jump on a plane to Portugal on the express condition that “he took it easy.”

That’s why his win was so significant for Goddard, his family and friends. And it was also proof that Portugal will always be a special place for Harry – his first big win came in the 2016 Daily Telegraph Junior Championship finals at Quinta do Lago, on the Algarve coast.

Goddard admits: ‘It’s been a tough few months but this win is special’ 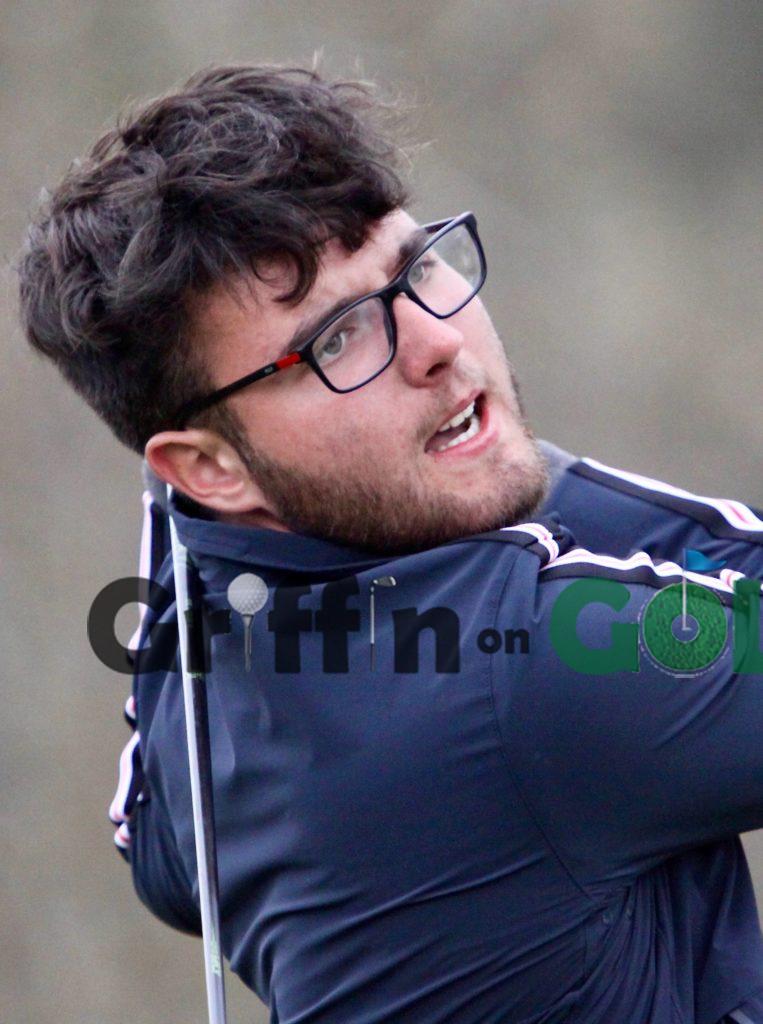 Harry Goddard was stopped from playing golf for nearly two months after his heart condition was spotted by doctors. Picture by ANDREW GRIFFIN / AMG PICTURES

Goddard, who was first capped by England at U16 level back in 2015, admitted: “It’s been a tough few months, but to come out the other end with this win is special.

“I was scheduled to go to Australia, but that had to be cancelled. I was gutted as I was so looking forward to it, but I was under instructions from the doctor.

“In November, I had what I thought was a bad case of ‘flu but after a week I developed pains in my chest, neck and shoulder.

“At that point I thought I should say to my mum and I was taken to A&E. When they checked me out they told me they would need to find a bed as I’d be staying in for a while. In total, I was in for 12 days.”

Medics diagnosed that two of the four layers of tissue around Goddard’s heart had become inflamed – an ailment likely brought on by a viral infection and one which affects around one in 3,500 of the population.

A course of treatment was prescribed and, slowly, Goddard recovered. Golf, though, was off limits.

“I virtually did nothing for the whole of November and December, “added Goddard. “It was so tough watching the guys go to Australia knowing I had to stay behind.”

Yet all that irritation was wiped away in Portugal – and it was extra special to have mum Sarah watching on when he rolled home a 10-foot putt for a birdie two on the 72nd hole to clinch the win.

Both Sarah and dad Terry had worked to keep their son’s spirits high through the recovery from illness.

“I wouldn’t trade mum for the world – she’s been brilliant and it was great she could be in Portugal and we could hug each other after I’d won,” confessed Harry Goddard.

“I didn’t know at the time that my birdie putt on 18 was for a win. I thought I would have to hole it to get into a play-off. But as it turned out my nearest two rivals could only manage a par and a bogey at the last and my score was good enough to win.

“I’m thrilled to get over the line. I had a chance to win the Lytham Trophy last year, but came up just short and it feels as if a win has been a long time coming. I’ve been knocking on the door for a while.”

Storm Dennis delayed the family’s return home from the sunshine of the Iberian peninsula. However, not even the torrential rains that battered England could put a dampener on the Goddard family celebrations. 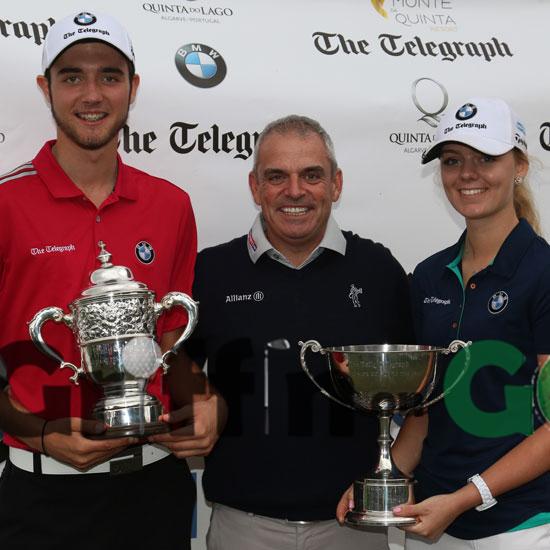