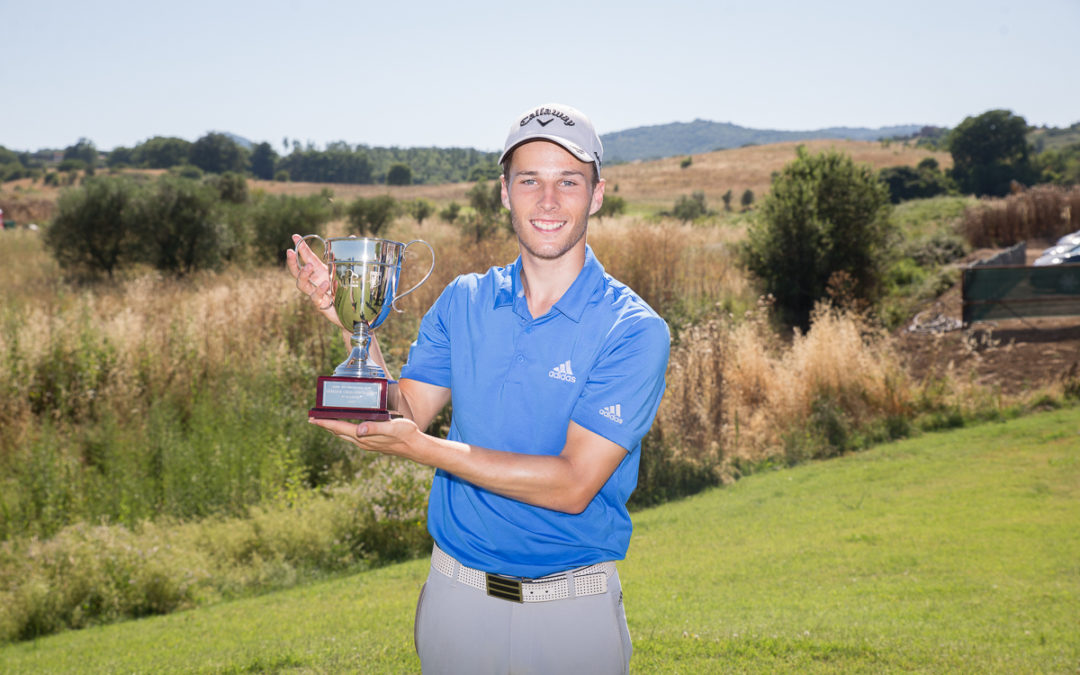 Jordan and home favourite Scalise headed to the 150-yard par three 16th hole, having carded rounds of 66 and 65, respectively, to top the leaderboard at 17-under, after overnight leader Antoine Rozner failed to capitalise on his three-shot advantage.

Having turned professional in September 2018, passing up the chance to play the Walker Cup against the Americans at his home club of Royal Liverpool in September, Jordan was thrilled to claim the victory, especially after making such a strong start to life on the Challenge Tour.

“It’s difficult to explain how I feel right now,” the 23-year-old said. “I just wanted to go out and play as well as I could. I got off to an unbelievable start and from then on I got myself into the tournament and into contention.

“I’ve had a couple of top 10 previously but with winning, you never know when you’re actually going to do it until it happens,” added Jordan, who led the British Masters by breaking the course record at Hillside in the first round, in May.

“To finally win, especially at this event with a larger prize fund and more ranking points, is brilliant and I can’t really describe it.

“The drive off 17 was my only poor tee shot, but I putted well. I canned about 80 feet of putts in the first three holes. I started laughing on the third hole because it felt a bit ridiculous,” said Jordan, last year’s Lytham Trophy winner.

“On 17 I tried to play safe and then got up and down, hitting what felt like the perfect putt,” said Jordan, whose first big win as an amateur came at North Hants in 2016 – when he won the Hampshire Hog at Justin Rose’s home club – before claiming the St Andrews Links Trophy at the Home of Golf, in 2017.

Scalise, who also turned professional last September having lost a play-off with Kent’s Alfie Plant for the European Amateur Championship at Walton Heath, claimed his best result in only his sixth Challenge Tour appearance with a runner-up spot.

Spain’s Carlos Pigem recorded a seven-under bogey free round of 65 to finish a shot behind in third place.

Rozner, a two-time Challenge Tour winner already this season, was looking for his third triumph – and with it instant promotion to the European Tour – but ended the day two shots behind Jordan and Scalise.

Wales’ Oliver Farr and Switzerland’s Raphaël de Sousa joined the Frenchman in a share of fourth place following their rounds of 69 and 68, respectively.

With his maiden professional win, Jordan jumps up the rankings from 24th to second, while Scalise jumps straight to 11th after collecting his first ranking points of the season.