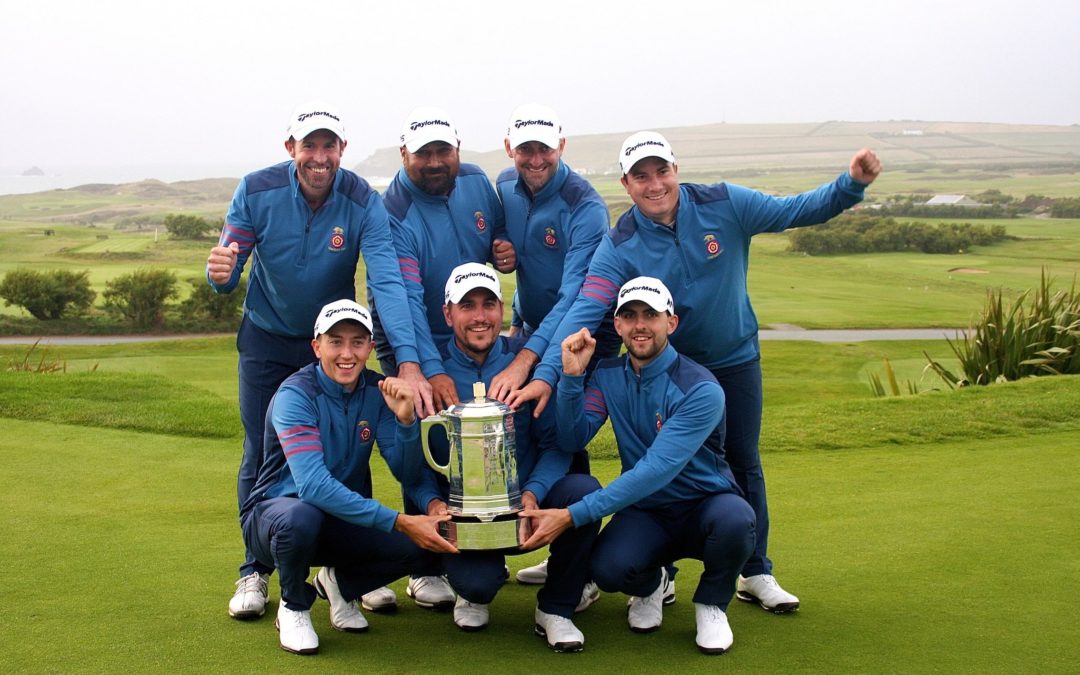 HAMPSHIRE captain Colin Roope believes he has made the hardest decision since taking over the role after naming his team for this weekend’s six-man qualifier for the English County Finals at Kent’s Ashford Golf Club.

Roope has been forced to juggle his squad for the first three South East League games that have seen him use 12 players in the eight-man matchplay format.

But since last weekend’s disappointing draw against Sussex at North Hants, Roope has been pouring over his teamsheet.

The Blackmoor member has spent the last few weeks refining his strategy for Saturday’s strokeplay showdown with 10 other counties in the South East Group over 36 holes, on Saturday.

And so hard has fitting the county’s very capable quart into a pint pot that Roope has not been able to find a place for Hayling’s recently-crowned Hampshire, Isle of Wight and Channel Islands Amateur Champion, Toby Burden.

Stoneham’s in-form Alex Talbot is another who can be considered very unlucky to miss out.

Roope, who has played in the English County Finals for both Surrey and Hampshire, said: “The demands of the six-man qualifier are very different – every shot counts – strokeplay is not the same as matchplay.

“Picking the team has been incredibly tough. How many counties in the South East can leave out players of Toby and Alex’s calibre?

“I have 10 guys who can all make very strong claims to be playing.”

Roope’s own long-term injury has made it easier for the 38-year-old to not consider picking himself this season.

But Rowlands Castle’s Tom Robson, who also saw his early season league outings curtailed by injury, is another who cannot force his way back into the team.

He was the leading individual at South Beds in 2013, and has been on three more victorious teams since.

The Hampshire skipper can call upon his predecessor Martin Young, who will be playing in his 20th consecutive South East Qualifier.

The Brokenhurst Manor man who led Hampshire to their first English County Championship title in 21 years, at Cornwall’s Trevose GC, two years ago has been on the winning side eight times since 2001.

He was also a key anchor player two years ago at Sheringham, and at Hendon GC, in 2015, when Scott Gregory was in the team.