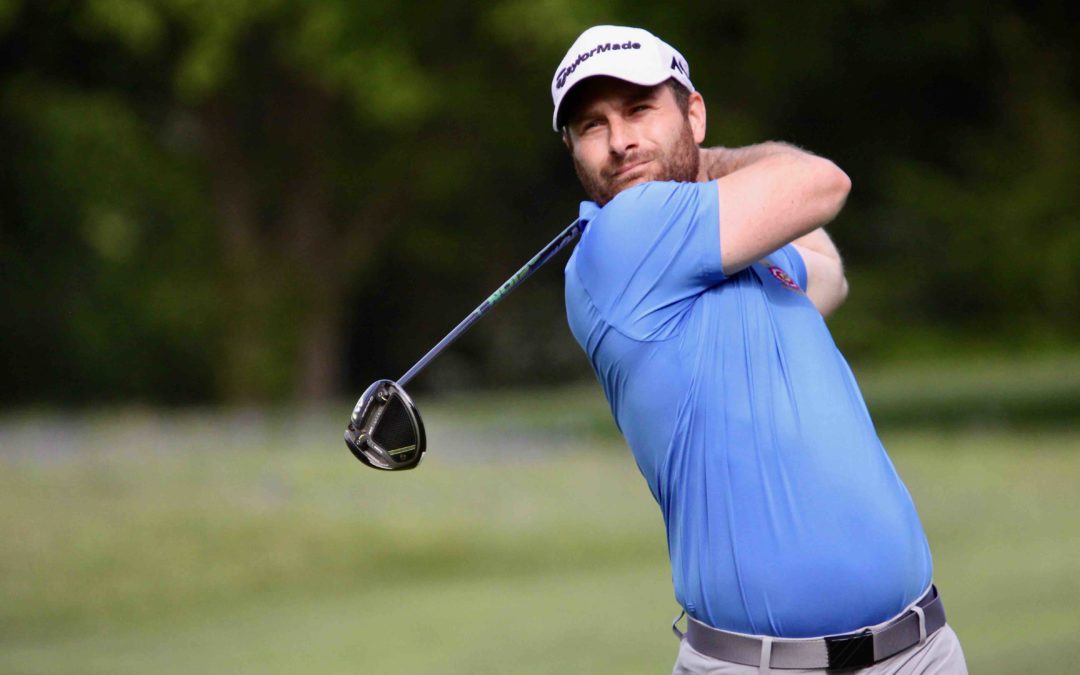 A NUMBER of players will be looking to impress county captain Colin Roope at this weekend’s county championship at Aldershot’s Army Golf Club.

Blackmoor member Roope has to pick an eight-man team to face Sussex in the South East League, at North Hants, at the end of June.

Hayling’s Toby Burden – like Brabazon trophy winner Darren Wright – is another player from the EuroPro Tour ranks, who got his amateur status back and would love to get his hands on the Sloane Stanley Challenge Cup.

Burden was a beaten finalist when the links club hosted the championship back in 2006. Toby also played well as a teenager in 2004 when he was the leading U21 qualifier at North Hants.

Blackmoor’s Sam Parsons, who played as a junior at Waterlooville – and like Burden lost his place in the league team for the Kent victory over the Whitsun Bank Holiday weekend – would love to qualify for the matchplay phase for a second year in row.

Ironically, the two found each other drawn together in the first round at Liphook in 2018. Parsons lost to Botley’s George Saunders in the quarter-finals after winning his first round match 3&2.

Saunders will be in Scotland, along with Rowlands’ Billy McKenzie, bidding to become just the third Hampshire winner of the prestigious St Andrew’s Links Trophy, at the Home of Golf, after Justin Rose’s win in 1997, followed by Corhampton’s Neil Raymond’s success in 2013.

Injury has tempered Roope’s own ambitions to win a county championship – the former Surrey would join a rare club of players to have won titles in more than one county.

A fully-fit Roope would be looking to match the unique feat of his predecessor Martin Young, who claimed the Sloane Stanley at Hayling three years ago – to become the first county captain to claim the trophy during his term of office.

“We have strength in depth so I have luckily been able to just watch our league games. A few players are pushing for places in the league team now after the changes for the Kent match when most of our US college players were back.

“The Army is an interesting course. It has some real tough holes like the short par three 17th and the 18th. But there is a run of holes on the back nine where you can score.

“The big-hitters will take some very aggressive lines, but it is also a course where the shorter-hitters are not at such a disadvantage. It’s an old fashioned golf course where strategy is key and sometimes you just have to accept your punishment.”

Young has more wins than any player in the 66-strong field having claimed the Sloane Stanley in 2011 – the last time Army GC hosted the championship.

He won again at Hockley in 2014 before earning his third county crown at Hayling, beating Robson in arguably the finest final in recent history.

Those three wins puts him in a group of seven players who have won three county championships – only four have won it more than that in 113 years.

Young has also reached the final on two other occasions – the first back in 2005 when he lost to Ryan Henley – who lost to Martin in the 2011 final at the Aldershot club.

The last of Henley’s three wins came at Blackmoor in 2013 – he also won at the East Hampshire heathland course in 2005, beating Young in the final, marking the host club’s centenary.

Ryan’s other win came at Royal Guernsey in 2008 – eight years after he also lost in the final at Royal Jersey. His brother Darren also claimed two county crowns – at Brokenhurst Manor in 1999 and two years later at Liphook.

PICTURED: Hayling’s Toby Burden who would love to get his hands on the Sloane Stanley Challenge Cup By ANDREW GRIFFIN / AMG PICTURES