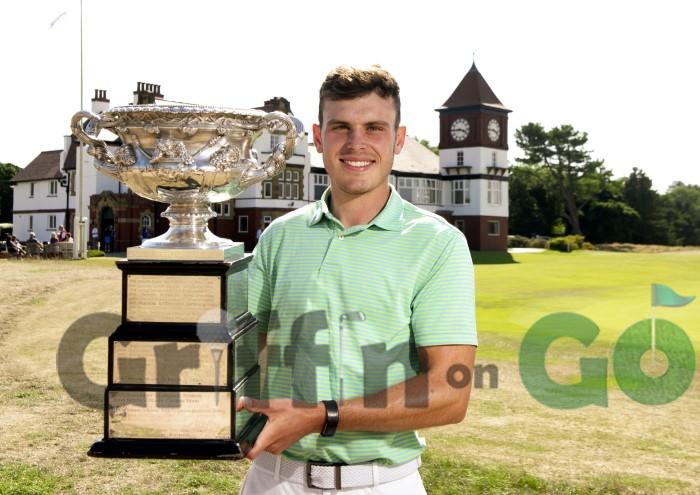 SUSSEX’S Tom Thurloway will defend his title when the English Men’s Amateur Championship gets underway at Hankley Common and North Hants today (Tuesday).

Thurloway, from Chartham Park, beat Gloucestershire’s Joe Long 6&5 in last year’s final at Formby, and is now seeking to become the first player to win back-to-back championships since Paul Casey in 2000 and 2001.

Long, from Lansdown Golf Club, also returns attempting to go one better than last year – having played well in the 2018 Hampshire Hog, which was won by his close friend Mitch Waite, who is now in the pro ranks. 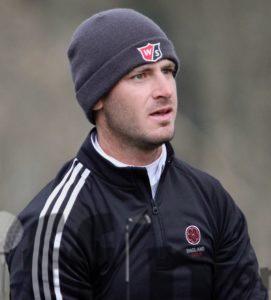 Burnage missed the European Amateur Team Championships in Sweden earlier this month – something that would normally preclude a player’s chance of Walker Cup selection.

Burnage, who starteed the season in the England A squad, will be battling against his nine England rivals, who are keen to press their claims for one of the 10 spots in Walker Cup captain Craig Watson’s team to face the Americans at Royal Liverpool, in September.

The top-ranked player in this year’s field is World No. 30, Tom Sloman, from Somerset’s Taunton & Pickeridge Golf Club, who won the individual title at the European Nations Cup at Spain’s Sotogrande, in the spring.

Sloman is joined by Lindrick and Yorkshire’s Bailey Gill and Yeovil and Somerset’s Tom Plumb, who were also part of the English squad that defended the team title in southern Spain – all three are in the GB&I squad.

With the team expected to be named in less than two weeks after the US Amateur, the English event represents B.B.&O.’s David Langley’s last chance to impress on UK soil at least.

Also looking to impress the Walker Cup selectors are Wallasey’s Josh McMahon, who was named in the provisional 16-man squad after his victory in the Lytham Trophy, in May, and Northamptonshire County’s Ben Jones, who reached the last four in The Amaetur Championship at Portmarnock, in June. 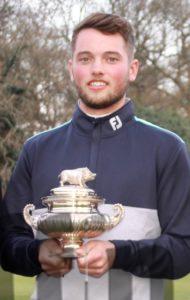 West Cornwall’s Brabazon runner-up Harry Hall and Hexham’s Matty Lamb – who were part of the English team that finished runner-up to hosts Sweden in the recent European Men’s Team Championship – are also heading to the Hampshire-Surrey border with the two qualifying courses which are just 11 miles apart.

Lamb has already won at North Hants this year having claimed the Hampshire Hog with a superb course record 63 in the second round, in April and earned his GB&I call-up with some strong showings since.

Also teeing it up at the Fleet club where Justin Rose made a name for himself as an amateur by Hallamshire and Yorkshire’s Alex Fitzpatrick, whose brother Matt has been a Ryder Cup team-mate of Rose’s.

Wiltshire’s England A squad member Jake Bolton, from Ogbourne Downs, went close at North Hants to landing both the Hampshire Hog and the Hampshire Salver, having to settle for runner-up.

Fellow squad member Billy McKenzie will lead the Hampshire charge aiming to follow in the footsteps of Meon Valley’s Harry Ellis, who became the youngest-ever winner of the English Amateur in 2012, aged just 16, breaking Sir Nick Faldo’s record which had stood since 1975.

Corhampton’s Scott Gregory was the beaten finalist at Saunton in 2014 – two yeas before he became Hampshire’s first-ever Amateur Champion and lost in the 2016 Spanish Amateur to France’s Romain Langasque, who had won the R&A’s prestigious crown the previous summer at Carnoustie.

McKenzie, having had dreams of making this year’s Walker Cup squad after his Spanish Amateur final win over Fitzpatrick in 2018, will be keen to make up for lost time and emulate former Hampshire Boys team-mate’s Gregory and Ellis by reaching the latter stages of the matchplay. 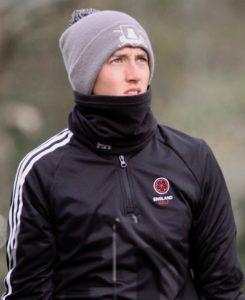 The left-hander, who was ranked in the top five in the USA’s NAIA rankings between 2014 and 2017 while at William Woods University, beat Castle Royle’s Langley 7&6 in front of the Great Britain and Ireland selectors at Portmarnock, last month.

North Hants’ 2017 British Mid-Amateur Champion Matt Wilcox, who qualified for the knockout at The Berkshire two years ago, is also in the field as the only member from the Fleet club in the field. He has also won the Justin Rose Mid-Amateur Trophy at his home course twice in the last four years.

Other England A squad members teeing it up are Northamptonshire County’s Callum Farr, who won the 2018 Selborne Salver at Blackmoor’s equally demanding heathland track, and Cheshire’s James Newton, from Prestbury, winner of the Irish Amateur Strokeplay, in May.

Yorkshire’s Ben Hutchinson, from Howley Hall, Hertfordshire’s Harry Goddard (Hanbury Manor) and Lincolnshire’s Sam Done, from Kenwick Park, are the other England A squad members who will want a good week.

They can push their cases for a place in England’s Home Internationals team that willl head to Lahinch, the recent venue for the Irish Open on the European Tour, as defending champions, in September.

The players were due to play 18 holes at both courses in qualifying with the top 64 and ties going through to the matchplay, although with a very poor weather forceast, including the threat of thunderstorms, organisers England Golf will be prepared for the possibility of qualifying being decided over 18 holes – as it was at Alwoodley, in Leeds, four years ago.

The seeded draw should commence on Thursday morning at Hankley Common, with a possible preliminary round. The last 32 and 16 matches are scheduled for Friday with the quarter and semi-finals due to be played on Saturday with the 36-hole final on Sunday.