HAMPSHIRE are guaranteed to have one player in the third round of the English Amateur Championship on Friday afternoon.

But the disappointing news for Hampshire supporters is that it is because two of their rising stars – Charlie Forster and Joe Buenfeld are drawn against each other in Friday morning’s second round.

Forster, last year’s South of England Boys Open winner, booked his place with a one-hole win over Durham’s Will Skipp.

But the North Hants GC member’s opponent in the last 32 clash is Hampshire Boys’ team-mate and fellow first-teamer Joe Buenfeld, from Bramsahw.

Nineteen-year-old Forster has been in great form in his first year at Southeast Louisiana University, helping his new team to their first Southlands Conference title since 2015, although they did not progress to the NCAA Finals where the cream of the world’s amateur talent is on display each May. 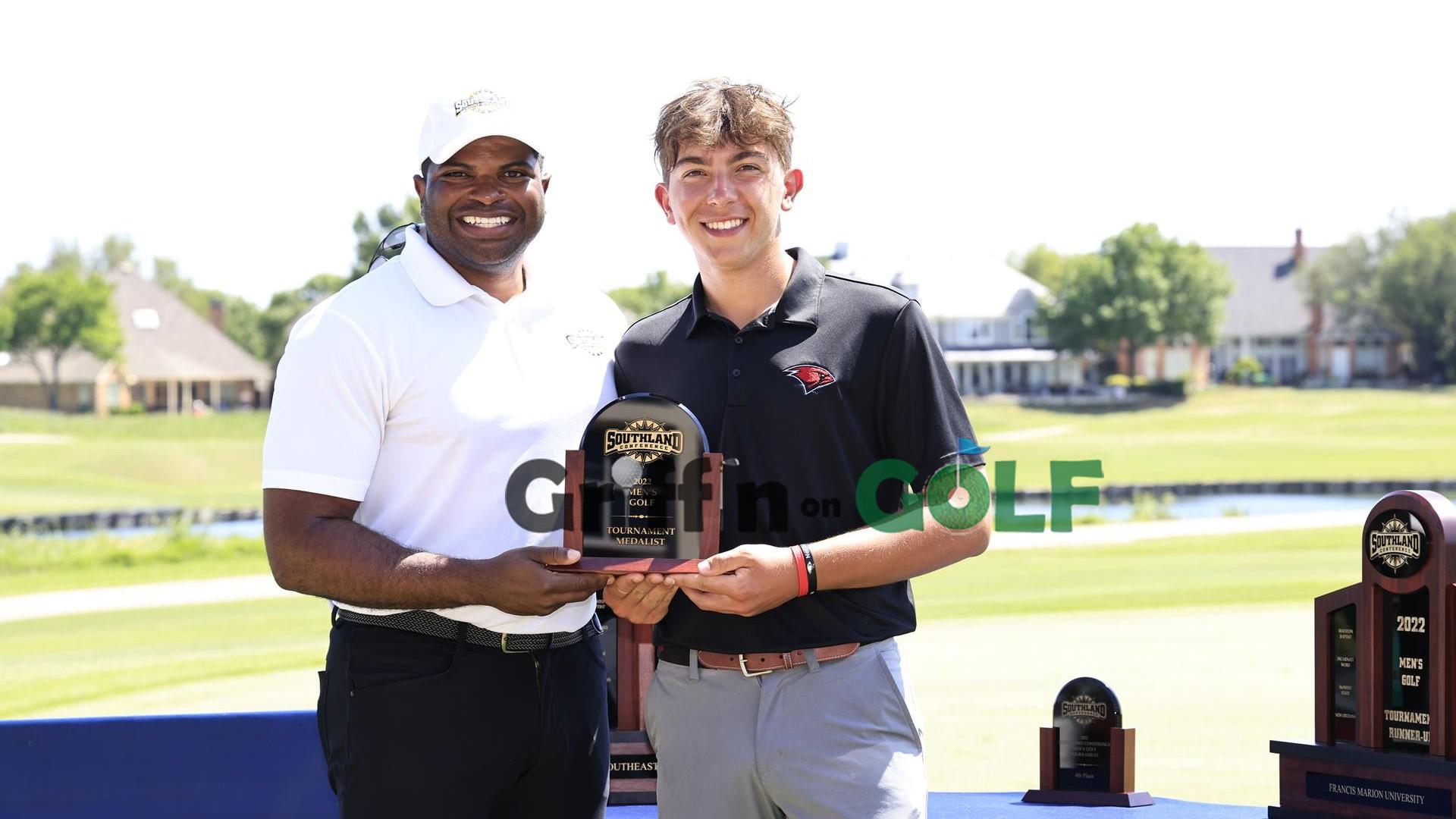 Bramshaw GC’s Joe Buenfeld, who was named Southland Conference Player of the Year back in May

Meanwhile Buenfeld was named Conference Player of the Year, in his second season at Texas’ Incarnate Word University.

The top college award came after he won the 2022 Southland Conference Men’s Golf Championship with a level-par total after 54 holes, to earn a spot at the NCAA Regional Finals in May.

Forster finished in third place after making 13 birdies in his three rounds and was tied for 58th at the NCAA Regionals, one shot behind Buenfeld.

Although he only finished 53rd at The Traditions Club – missing out on a place in the NCAA Championships in Scottsdale – Buenfeld returned home and blitzed his way to the final of the Hampshire, Isle of Wight and Channel Islands Amateur Championship, at Stoneham GC.

Joe, who has been a member at Stoneham as well at his home club in the New Forest since his junior days, only lost in the final to his best friend, James Freeman, who failed to make the cut yesterday after the 36-hole qualifier at Worksop and Lindrick.

Buenfeld and Forster will meet at Worksop, the home of former World No. 1 Lee Westwood. And while they are good friends, the goal will be to reach the last 16, as they bid to join the likes of Westwood’s fellow Ryder Cup winners Paul Casey and Tommy Fleetwood and Augusta winners Sir Nick Faldo and Danny Willett. 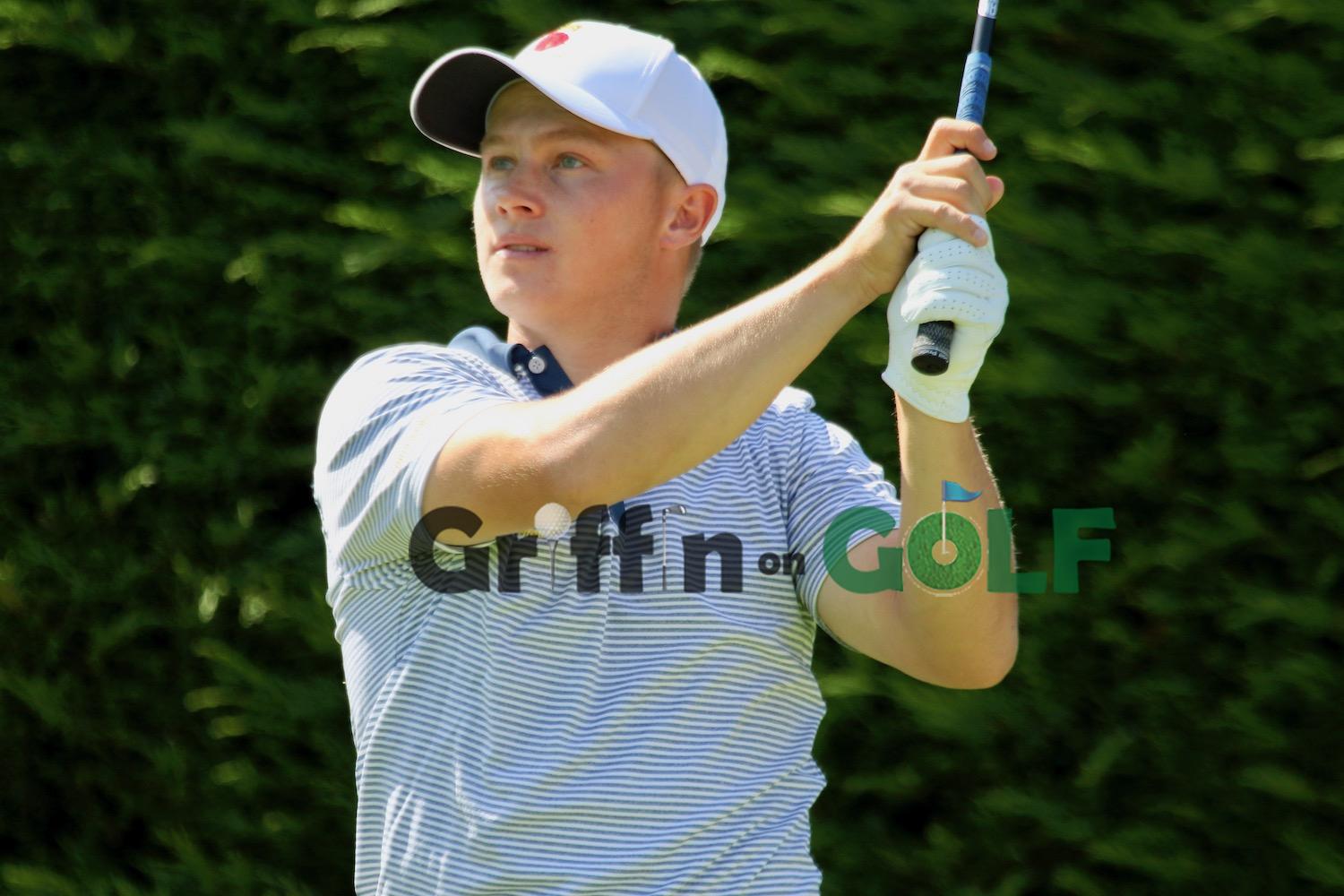 But Thursday proved to be the end of the dream for last year’s county champion Jo Hacker, and Liphook’s former English Schools U16 Champion Sam West.

Hacker, who had qualified in third place, lost 3&1 to Kent’s England squad member Mason Essam, after the Dartford ace won the 16th with a par and then made a birdie three at the penultimate hole to wrap up a 3&1 win against the La Moye member, who plays for Florida’s Jacksonville University.

West, who has just completed his first year at Ohio’s Miami University, was up against former Yorkshire Amateur Champion Charlie Daughtrey.

After losing the second to a bogey five, West made a great bounce back with a two at the par-three third.

Daughtrey, who plays for the University of South Alabama, eagled the seventh to go back in front. But West’s own eagle-three at the 10th levelled the match.

And a bogey five at the 13th handed West the lead for the first time, leaving the East Hampshire teenager dreaming of a place in the last 32.

A mistake at the 16th saw Sam take five and Daughtrey only needed a par at the short 18th with West’s bogey-four putting the Yorkshireman into the hat for round two. 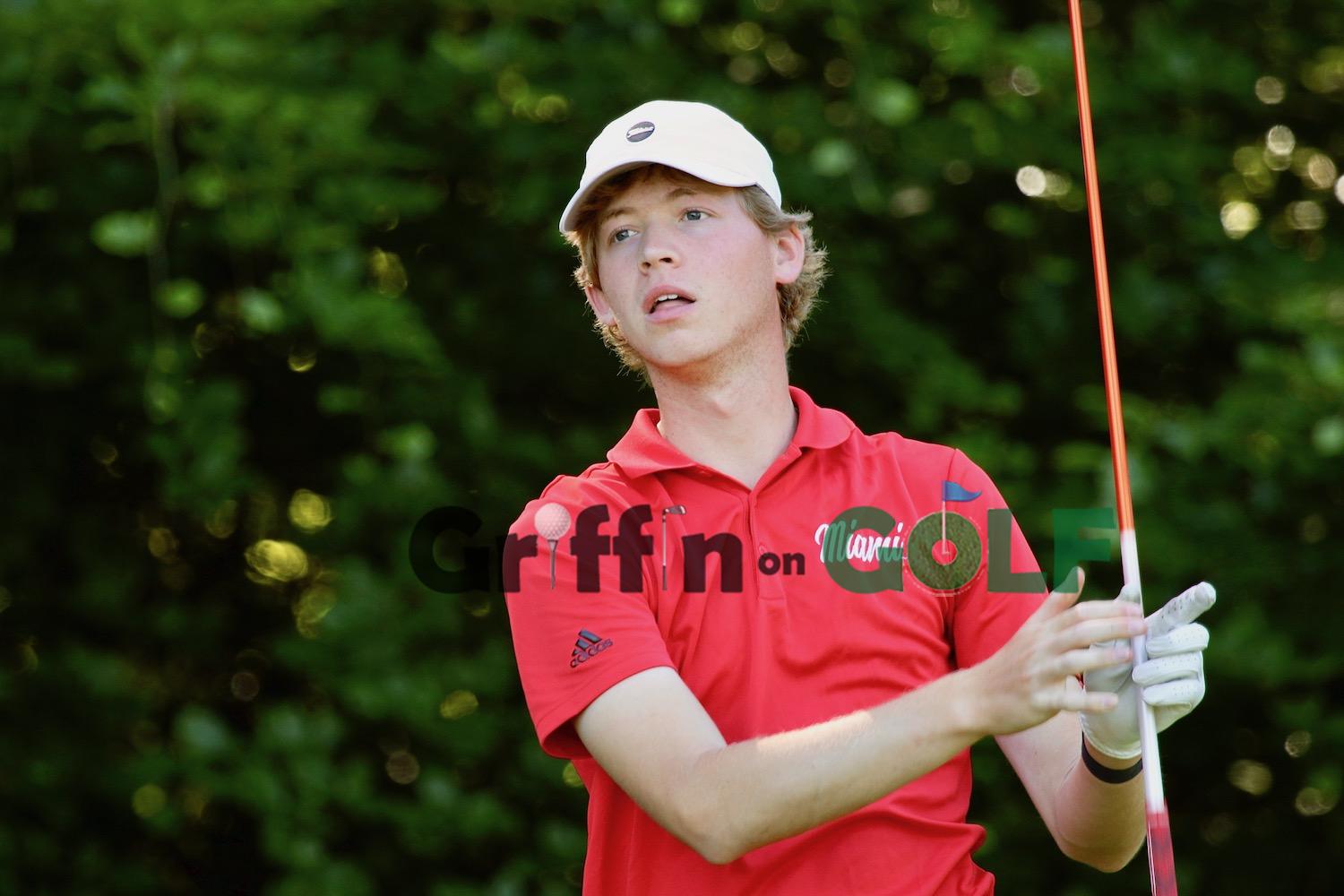 Florida-based Luke Poulter, the son of Ryder Cup star Ian Poulter, who knocked Lee-on-the-Solent’s George Saunders out of the top 64 qualifiers on countback, booked his place in the last 32 with a one-hole win over Hexham’s Morgan Blythe, the second seed after the Northumberland player shot seven-under.

Top seed Sam Easterbook from Solihull’s Olton GC also made it through to the second round.

FOUR Hampshire players have won the English Amateur – the first was Hayling’s Ian Patey in 1946. Brokenhurst Manor’s Kevin Weeks claimed the crown in 1987.