Can past inspire Hampshire at South East Boys Qualifier? 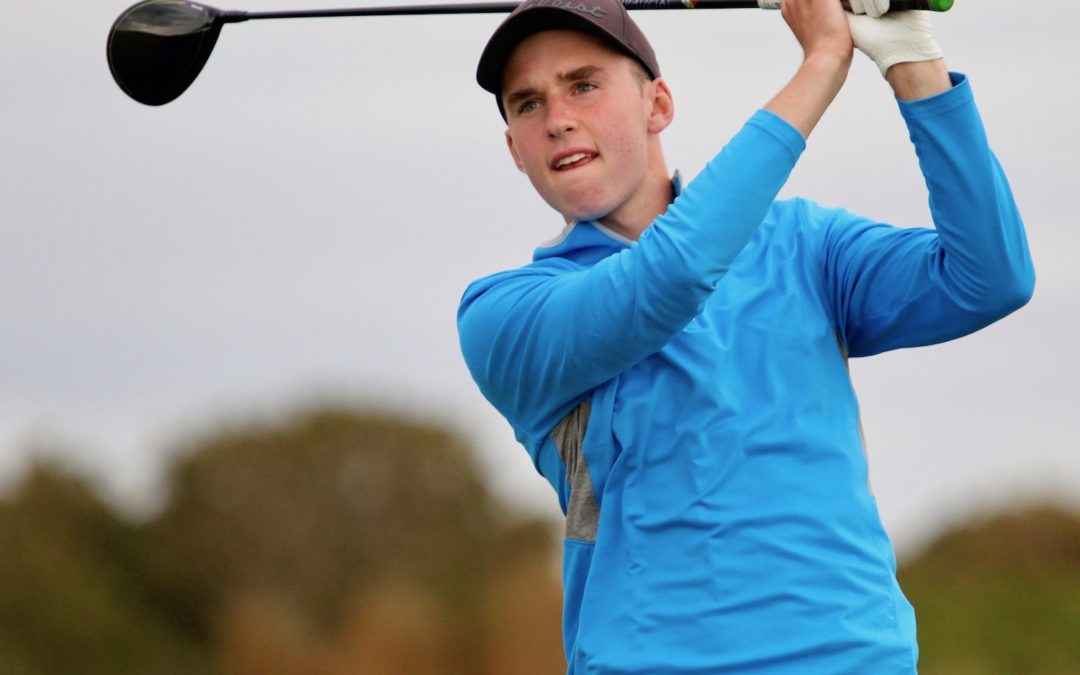 It is six years since Hampshire qualified for the English Boys Finals – having contested them three times in four years from 2012-2015, with the likes of future Walker Cup players Scott Gregory, Harry Ellis and Jack Singh-Brar in their teams.

In that period Hampshire’s junior manager John Moore was able to field the likes of Ellis, Conor Richards, Jason Stokes, and Jordan Sundborg for two and some times three years in a row, which helped achieve consistently strong results.

Since 2016, when Hampshire finished second five shots behind Hertfordshire at King’s Lynn, they have finished seventh, eighth, seventh and fifth, with the margin to the winners between 13 and 48 shots.

So new manager David Matthews, who took over from his namesake Nick Matthews after four years in charge, will be hoping the majority his team can benefit from knowing they can at least play in the event in future years.

Last year’s South East Junior Champion Tom Chalk, from Hockley (pictured above), is playing in his second and last South East Boys Qualifier, before heading out to the USA in the autumn to join Joe Buenfeld, from Bramshaw, in Texas on a golf scholarship at Incarnate Word University.

Chalk is by far the most experienced player in the Hampshire team and as captain will be looking to lead from the front.

In April, he lost a play-off in the Delhi Cup on his home course – and if he can produce anything like that quality of golf, he could have a chance of adding the David Neech Trophy for the individual 36-hole title to his other South East honour, after his South East Junior Championship victory at John O’Gaunt, in 2021. 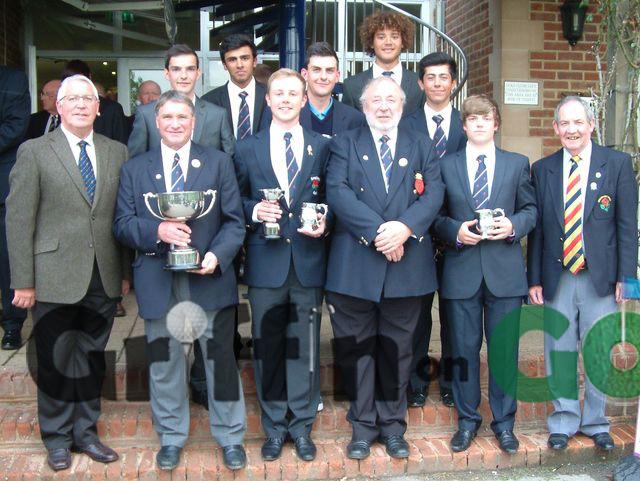 Harry Ellis – third from left – after winning the David Neech Trophy as Hampshire won the South East Boys Qualifier in 2013.

Before Ellis’ win at Oxford’s Studley Wood in 2013, former England Boys captain Dave Porter finished first in the 66-strong field at Burhill in 2001 – several have finished second since, including Stoneham’s Alex Talbot, who lost on countback six years ago.

The incentive for finishing first overall is a guaranteed place in next month’s Carris Trophy.

Chalk, who is now off plus-two, and South Winchester’s Harvey Denham are the only survivors from the Hampshire team that finished fifth at Kings Hill, in Kent, 12 months ago.

North Hants’ Charlie Forster topped the Hampshire scorers with a three-under total. But frustratingly, Hampshire’s total of 351 after lunch was five better than eventual winners BB&O.

Only a slow start in the morning kept Matthews’ team from contesting top spot, as Essex lost out on countback after carding six-under, with five of the best six scores counting in each round.

Denham, who finished level-par after rounds of 76 and 68, broke the record as the youngest winner of the Pechell Salver in the men’s county championship qualifier at North Hants, last year. And recently he became the first player to land the South Winchester Men’s Club and Junior Championship in the same season.

The rest of the team is made up of Stoneham’s Harrison Price, who is off scratch like Denham; North Hants’ two-handicapper Joe Lewis, Meon Valley’s Jack Field, who is off one, and Hartley Wintney’s Charlie Preston, who is off three.

Field claimed the Hayling Junior Open last month, and was edged out at Waterlooville on countback just 48 hours later. 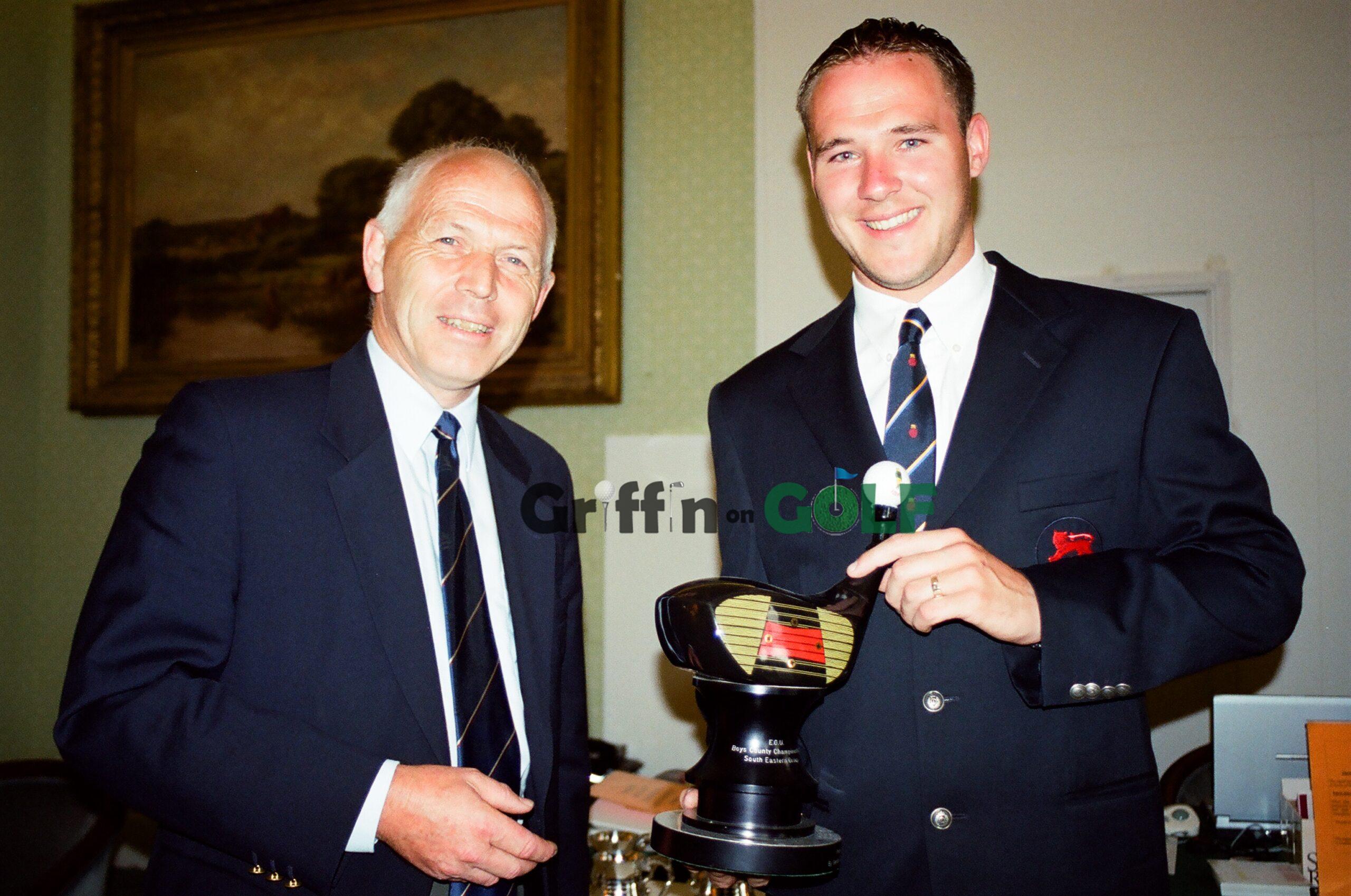 The first Hampshire team to reach the English Boys Finals featured Justin Rose, in 1996, when he was just 15.

He teamed up with David Porter, who was only 13, as Hampshire finished second behind Cornwall. They qualified again in 2001 under the same manager Tommy Flynn, from Sandford Springs, with Porter in his final year as a junior.

After Porter’s brilliant long-range birdie putt on the last at Burhill gave Hampshire the South East title, they had to settle for second behind Lancashire in Leicestershire, three months later.

And victory has eluded them on the other three times they have reached the English Boys Finals in 2012, 2013 and 2015.

•You can see the start sheet for the South East Boys Qualifier by clicking here and follow live scoring here. 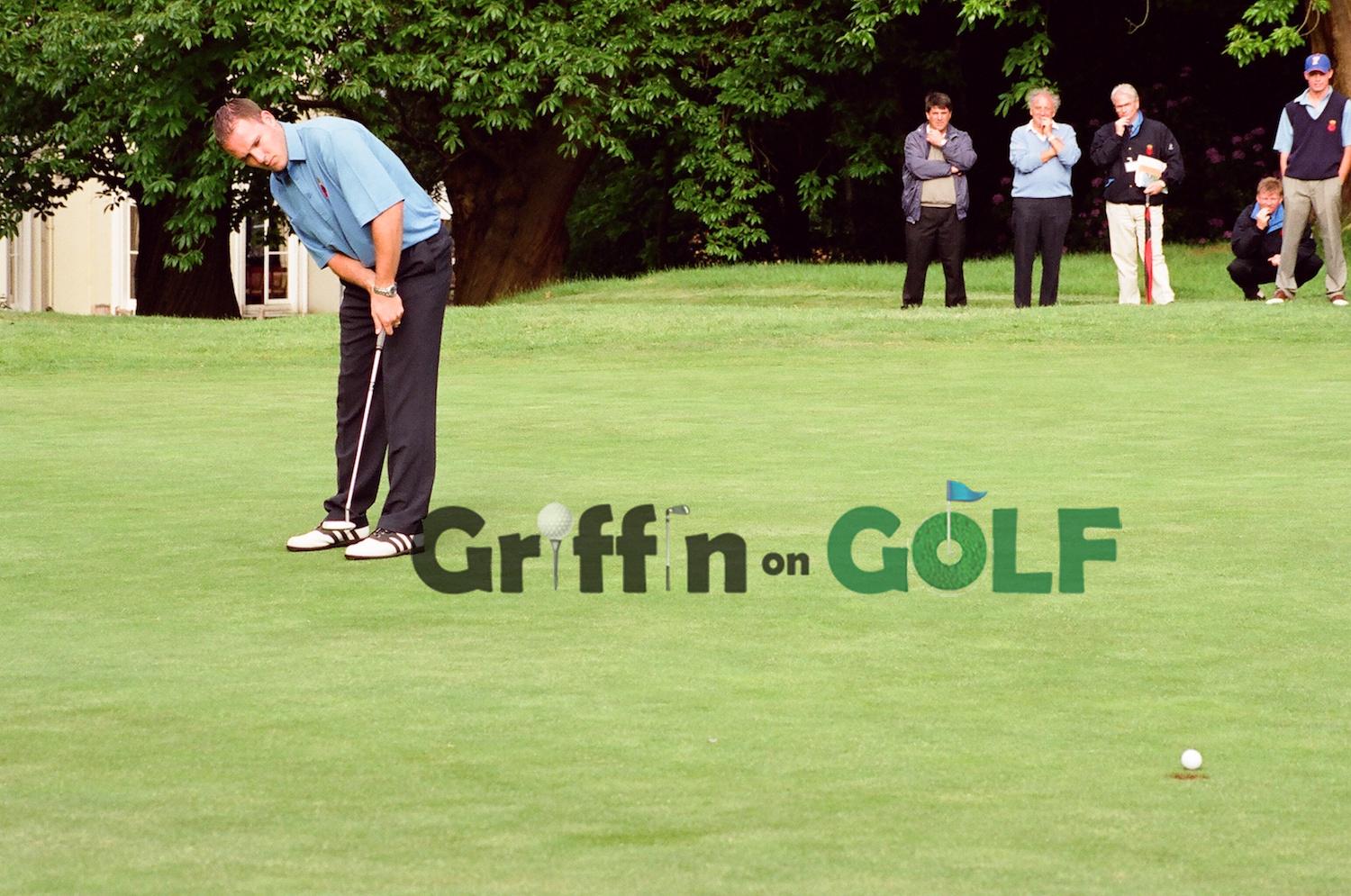 Stoneham’s David Porter holes the birdie putt on the 18th at Burhill’s Old Course to take Hampshire to the English Boys Finals, in 2001. Picture by ANDREW GRIFFIN / AMG PICTURES