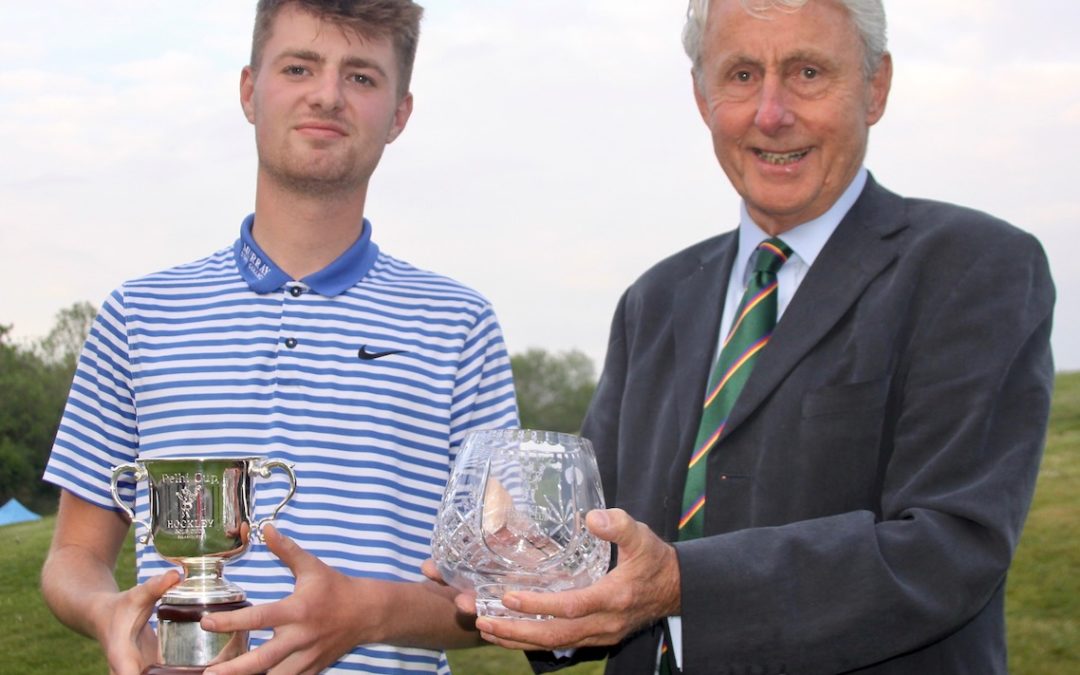 THE Hampshire Order of Merit gets under way on Saturday with the first qualifying event – the Delhi Cup at Hockley GC – which features four members of the Hampshire first-team that put Dorset to the sword at Liphook GC, on Sunday.

County captain Neil Dawson is in the 66-strong field, but he will be watching for the scores carded by some of the county’s younger players, who could force their way into his first-team plans later in the year, with a victory on the downland course at Twyford Down.

Stoneham GC’s past winner Ryan Henley has a tremendous record with five Delhi Cup victories to his name between 2009 and 2013. The three-time Hampshire, Isle of Wight and Channel Islands Amateur Champion owned the competition reeling off five wins in a row.

But after a five-year break from first-team golf with Hampshire, Henley, who started a family in between, will be delighted if he can get his hands back on the trophy. 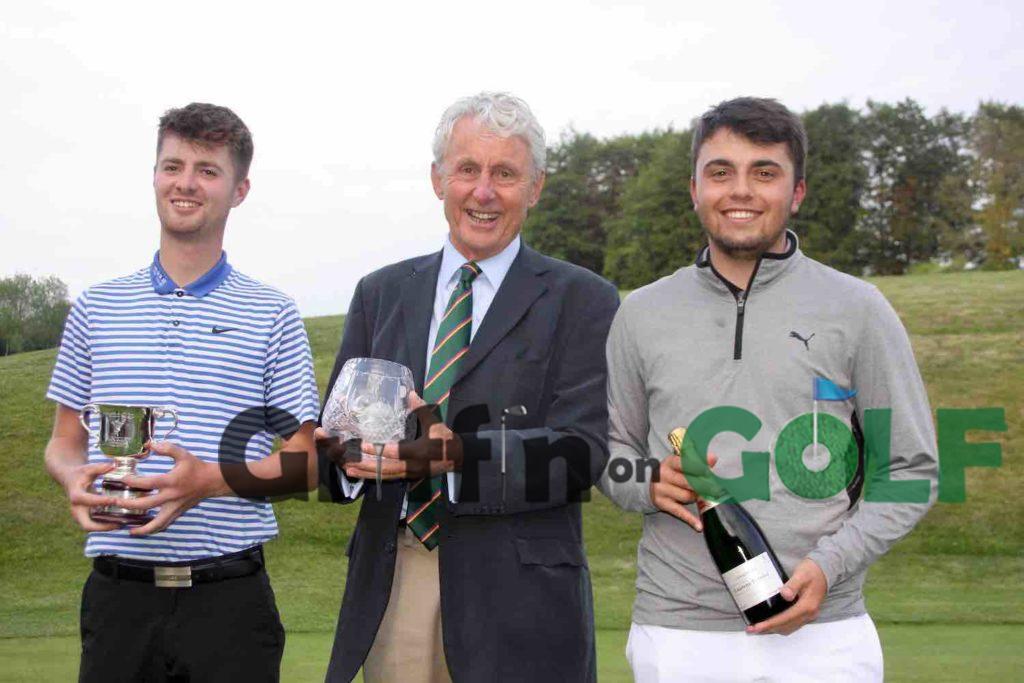 In recent years, Owen Grimes has also had a monopoly of the tournament. The left-hander was still a junior at Romsey when he first claimed the trophy in 2017, having finished third behind Saunders in 2016.

Then after missing event while in his first year at college in the States in 2018 – the year he won the Sloane-Stanley Cup at the county championship, he returned a year later to claim the title again.

Since then, COVID-19 has forced Hockley to cancel the event – but tomorrow normal service will be resumed with 33 players teeing off from the 1st from 8am and the same number starting up the hill at the 11th.

Grimes turned professional last year but another former winner in the field is Lee-on-the–Solent’s George Saunders, who was just 16 when he won six years ago.

Saunders, a former Hampshire U14 and U16 champion when he was a member at Meon Valley G&CC, has had a frustrating two-year spell in the States, having transferred from Texas Midland in National Junior College Golf, to University of Tennessee, in NCAA Division One.

But the move did not work as the once No. 3 NCJAA ranked player found himself out of the team in Tennessee.

His early return from the USA meant Saunders could answer an 11th hour call to play for Dawson against Dorset, when former captain Martin Young pulled out of the Hampshire team after testing positive for COVID-19.

Saunders played foursomes with Henley, bringing home a point and then grabbed a half in the final match with a birdie four on the last hole, playing an excellent long bunker shot to inside 10 feet, when one down playing the last.

Dawson will be pleased to see his team members – and Saunders in particular – get another 36 holes under his belt, especially on a course where he has won before.

The county captain, who is a member at North Hants GC, said: “Last year we beat Kent at Hockley in late May, and George made a brilliant three on the 18th to win his game and ultimately the victory in our South East League game.

“We were sweating as last year we could not play the four foursomes in the morning because of the COVID restrictions on overnight travel, so we needed to win four-and-a-half points from the eight singles.

“Tomorrow, it is all about having the pencil and a scorecard and writing down the lowest score he can. George has had a frustrating time and has not played much golf, so the Delhi comes at the perfect time.” 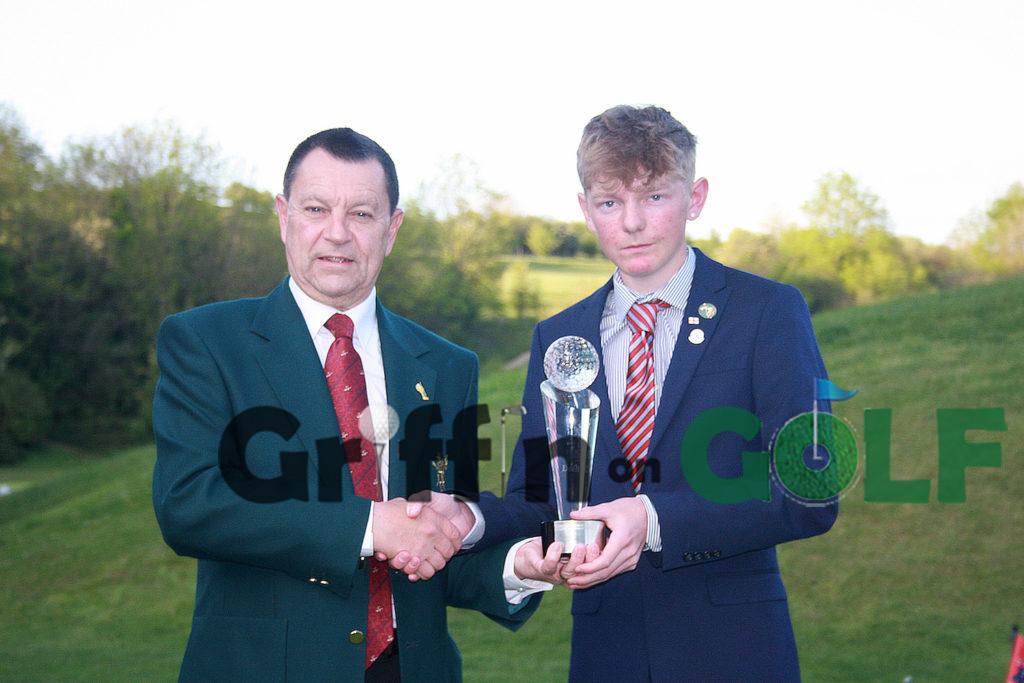 Lee-on-the-Solent’s George Saunders claimed the Delhi Cup as a 16 year old back in 2016. Picture by ANDREW GRIFFIN / AMG PICTURES

Also playing is Rowlands Castle’s Darren Wright – one of only 10 players to have won both the Brabazon Trophy Carris Trophy in the England Men’s and Boys Amateur Strokeplay Championships in their amateur careers. The EuroPro Tour winner, who hits the ball a very long way, regained his amateur status four years ago, and has yet to claim a Hampshire Order of Merit event.

Blackmoor’s Mark Burgess is one of a handful of players to have won the Courage Trophy – Hampshire’s 36-hole strokeplay championship – twice and the very tall financial manager for a major drinks firm, is another who could be celebrating come Saturday night.

But Stoneham’s two-time Hampshire Junior Champion James Freeman, who is studying for the PGA degree at Birmingham University is more than capable of getting in the mix, while another Lee-on-the-Solent player – Will Green is getting used to playing men’s golf full-time this season.

The 2020 Hampshire Colts Champion was part of the Itchen College and Hampshire Schools teams that enjoyed success at national finals last summer, also winning the individual Inter-Collegiate title at Trentham Park, and playing against Wales for England Schools.

But the dark horse in the field is Hockley’s own outstanding teenage talent – Tom Chalk, another former Hampshire U14 champion in the field, claimed the South East Junior Championship last summer at Bedfordshire’s tough John O’Gaunt course. 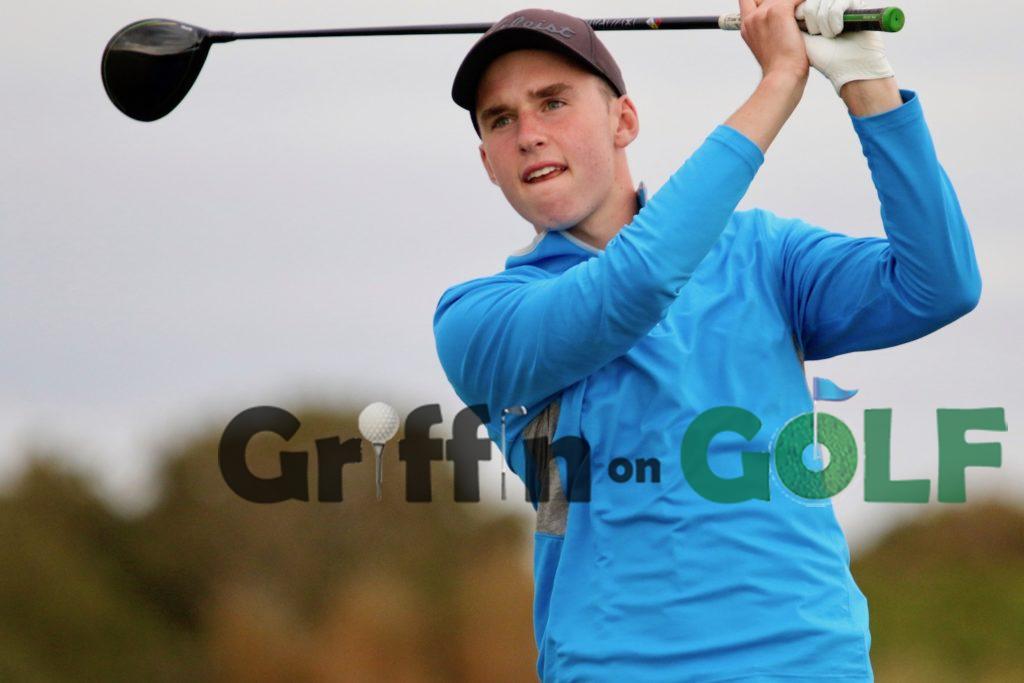 Luke’s luck runs out with injury blow before Delhi date

Surrey’s Ben Taylor, the SEJC winner in 2010, played on the PGA Tour last year, and has won the Korn Ferry Tour in the States.

The other South East Junior Champion in the field is Corhampton’s Jamie Markwick, who claimed the trophy at Moor Park in 2018. But like Saunders, Markwick has had a disappointing time in the States, ironically having gone to the same Nova Southeastern University where Taylor studied, in Florida.

The host club will also be represented by Jack Bateman, who has qualified in the top 16 at the county championship twice in the last four years. He was part of the Hockley team that qualified for last year’s English Champion Club tournament along with Chalk and Luke Hodgetts.

The latter claimed the biggest win so far in 2022 when he became the first Hampshire winner of the Selborne Salver in 13 years, at Blackmoor, last month. But a neck injury that ruled him out of playing for Hampshire in their first two league games of the season has cost him a start in the Delhi.

Luke put his success at Blackmoor – against some of the best amateurs in the country – down to having played regularly in the Blackmoor Bowl, one of the concluding events in the Hampshire Order of Merit.

Hodgetts finished sixth behind Hayling’s Toby Burden, winner of the Cullen Quaich, and Stoneham’s Ryan Moody, who is not teeing it up this weekend, in the 2021 Hampshire Order of Merit after picking up points in all six events he played in. 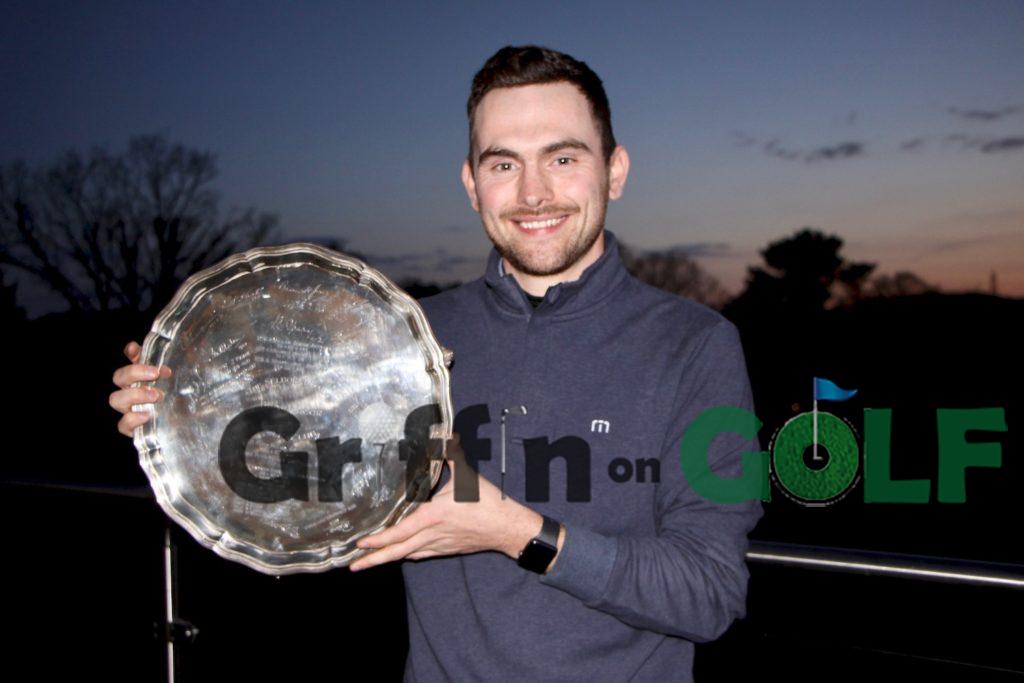 THE Cullen Quaich was donated by long-time Hockley member Tony Cullen, when he was president of the Hampshire Golf Union. Past winners include Hayling’s Darren Walkley (2015 and 2016), Colin Roope and Tom Robson, who are both members at Rowlands Castle.

Brokenhurst Manor’s Martin Young claimed the Quaich in 2019 – it was not awarded in 2020 because of the number of events cancelled during the pandemic.

This year’s Order of Merit is made up of 13 events, including the county championship, being played at Stoneham, in two weeks, plus Open events at Army GC, Bramshaw, Crookhorn, Stoneham, Southampton Municipal, Brokenhurst Manor, Sandford Springs, Petersfield and Blackmoor.

The leading 10 amateurs at the Hampshire PGA’s Hampshire Open at Hayling, in July, will also earn qualifying points with the final event being the Courage Trophy at North Hants, on September 4.

The best seven scores count regardless of how many events a player competes in, with a range from 15 points going to the winner, down to three for the 10th player from Hampshire finishing in any qualifying event.

Points are also awarded for the top 10 72-holes scores in qualifying at the county championship and Courage Trophy (the Cole Scuttle), and the Solent Salver (best scores in the Mike Smith Memorial and Stoneham Trophy).

The winner also receives £250 with £150 to the runner-up and £75 going to the player finishing third. The full schedule and rules can be found at www.hampshiregolf.org.uk 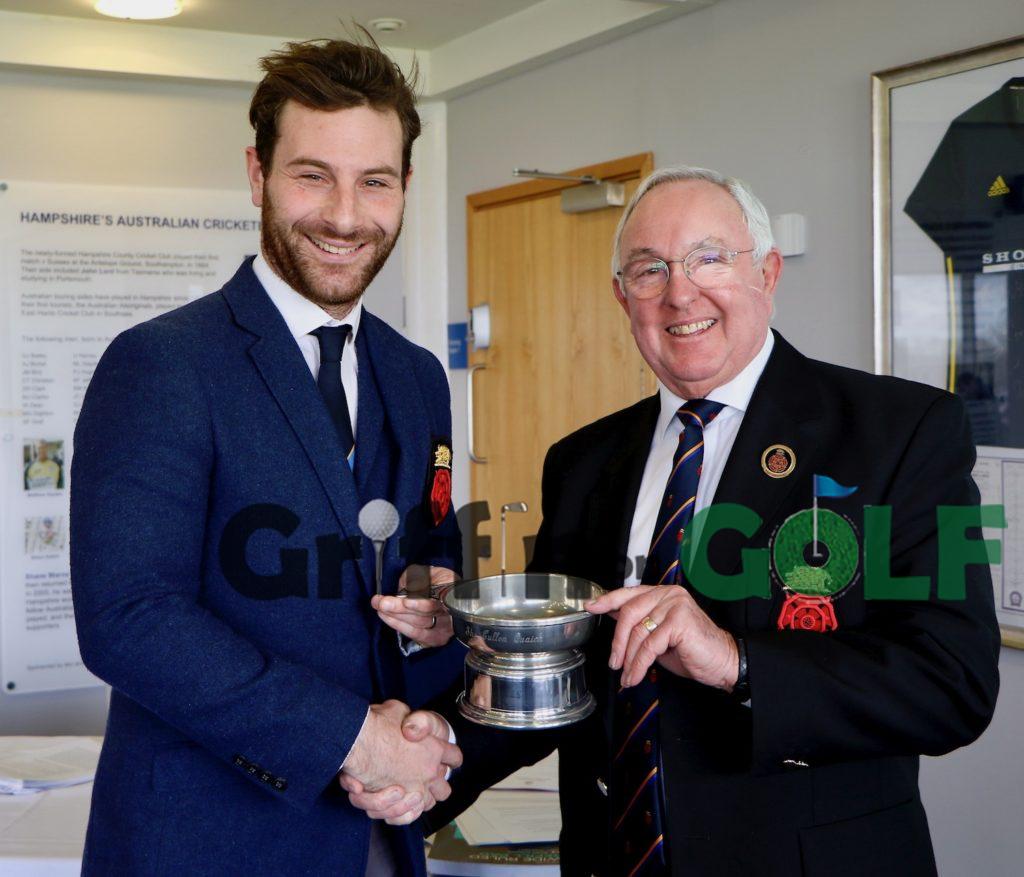