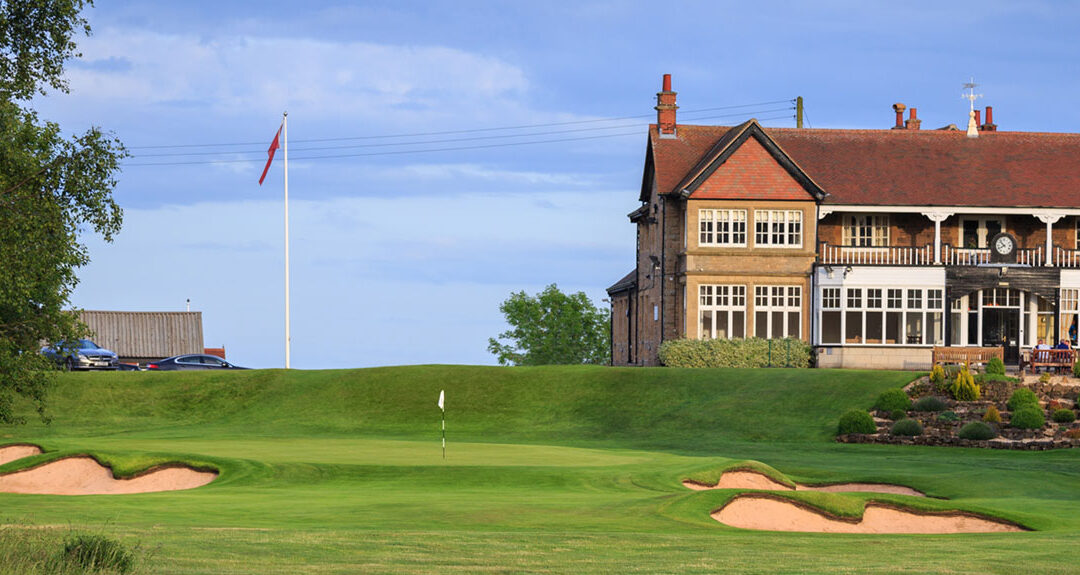 AS the 92nd English Amateur Championship gets under way at Lindrick and Worksop on Tuesday, Hampshire’s players can be inspired by the county’s good record in the event this century.

That is largely thanks to the likes of Harry Ellis and Scott Gregory, who followed success in the English Amateur by grabbing the Amateur Championship in 2017 and 2016 respectively.

That record had stood since future six-time Major winner Faldo’s victory aged 18 in 1975, albeit he had only taken up golf seriously three years earlier.

Gregory could not match Ellis’ win two years later when he was beaten in the final at Saunton – ironically Stoneham’s Richard Bland was also beaten at the North Devon links in the 1993 final.

In the late 1980s, Hampshire picked up the trophy twice in three years as Kevin Weeks, from Brokenhurst Manor, won at Frilford Heath, in 1987, followed by Lee-on-the-Solent’s Steve Richardson claiming the crown at Royal St George’s.

And on both occasions, it was Hampshire, Isle of Wight and Channel Islands team-mate Bobby Eggo, from Guernsey, who lost to Weeks and Richardson.

While the early 2000s might not have ended with the same level of success, Brokenhurst Manor brothers Martin and Jon Young had a good run to the last eight at Saunton in 2001, with the former on the bag having lost in the fourth round in the days when the 128-strong field played a straight knockout.

Lee-on-the-Solent’s Sam Hutsby was beaten in the fifth round by eventual winner Todd Adcock in 2008, while Corhampton’s Neil Raymond announced his arrival on the national stage by reaching the last eight – before also losing to the Sussex star.

All of Hampshire’s leading American-based college players are in Nottinghamshire for the 36-hole strokeplay qualifier played at Worksop and Lindrick, which is just over the South Yorkshire border.

The Nottinghamshire golf club was where Lee Westwood made his name as a top amateur in the early 1990s. Picture / WORKSOP GOLF CLUB

Worksop was the club where former World No. 1 Lee Westwood emerged in the early 1990s. Lindrick will host the matchplay knockout rounds from Thursday until Sunday’s 36-hole final.

Stoneham’s reigning county champion James Freeman will be making his debut in the English Amateur, and would love to reach the final – as Bland did 29 years ago.

Meanwhile his predecessor Jo Hacker, from La Moye, would love to become the first Jersey player to ever lift the trophy.

Bramshaw’s Joe Buenfeld has experience of beating top amateurs from across the Continent, having won the European Junior Open in 2019, and made it through to the NCAA Regional Finals in his second year at Texas’ Incarnate Word University.

Corhampton’s Jamie Markwick has been left to kick his heels while at Fort Lauderdale’s Nova Southeastern University, in Florida, for the past two years.

But the Hampshire Youths Champion has every incentive to follow Gregory’s path into the latter stages of this week’s English Amateur, with the top 64 and ties making it into Thursday morning’s knockout draw. 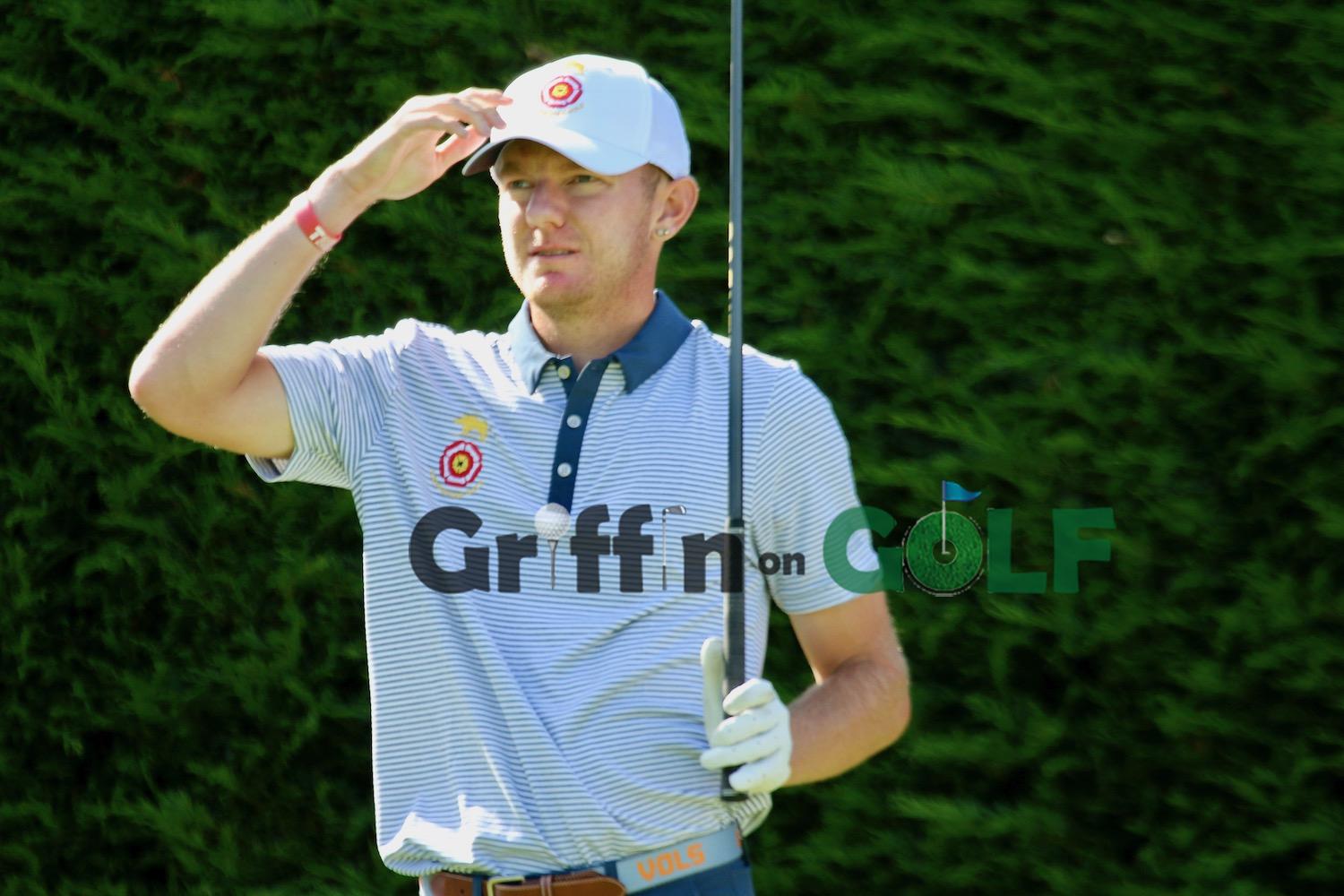 Lee-on-the-Solent’s George Saunders knows exactly what it takes to go deep in the English Amateur.

The 22-year-old has already spent four years in the States, making the top five in the US Junior College golf rankings while at Texas Midland before transferring to the University of Tennessee.

While that move has not worked out, Saunders still believes he has the game to do well in front of the watching England selectors.

He made the knockout at Ganton in 2016, and was set to reach the last 16 in 2019, only to lose in sudden-death to eventual semi-finalist Bradley Bawden, from Essex, having led with one hole to play.

In 2018, Saunders, a former England U16 international, won the West of England Amateur Strokeplay title at Royal North Devon, and reached the last 32 in the English Amateur at Formby – where Hutsby lost in the Amateur Championship final against Italian Matteo Manassero, in 2009, three months before he faced Ricky Fowler in the Walker Cup.

Also in the field from Hampshire is South of England Boys Open winner Sam West, from Liphook, and Tournerybury’s Hampshire Colts player Will Paton.

The last of the Hampshire contingent is Stoneham’s Australian teenager Alex Maxwell, who qualifies by his English parents.

Maxwell was the surprise winner of the South Qualifier for the Brabazon Trophy at Beaconsfield, back in May, but missed the cut by eight shots at Saunton.

The first Hampshire player to reach the English Amateur final was Flight Lieutenant Cecil Hayward, from Shanklin & Sandown, who won the county championship four times in the 1920s.

He lost in the 1926 final – just the second-ever staged – at Walton Heath to defending champion Froes Ellison, from Royal Liverpool, who had won on his home course at Hoylake 12 months earlier.

The first Hampshire player to lift the English Amateur was Hayling legend Ian Patey, who took the title in 1946, at Royal Mid-Surrey, beating Ken Thom.

Patey, who won the Sloane-Stanley Challenge Cup at the Hampshire, IoW & CI Amateur Championship five times – including four in a row in the 1930s – also lost in the English final in 1950.

He was beaten on the last green by fellow England international John Langley, at Royal Cinque Ports. It would be another 37 years before Weeks’ win in Oxfordshire.