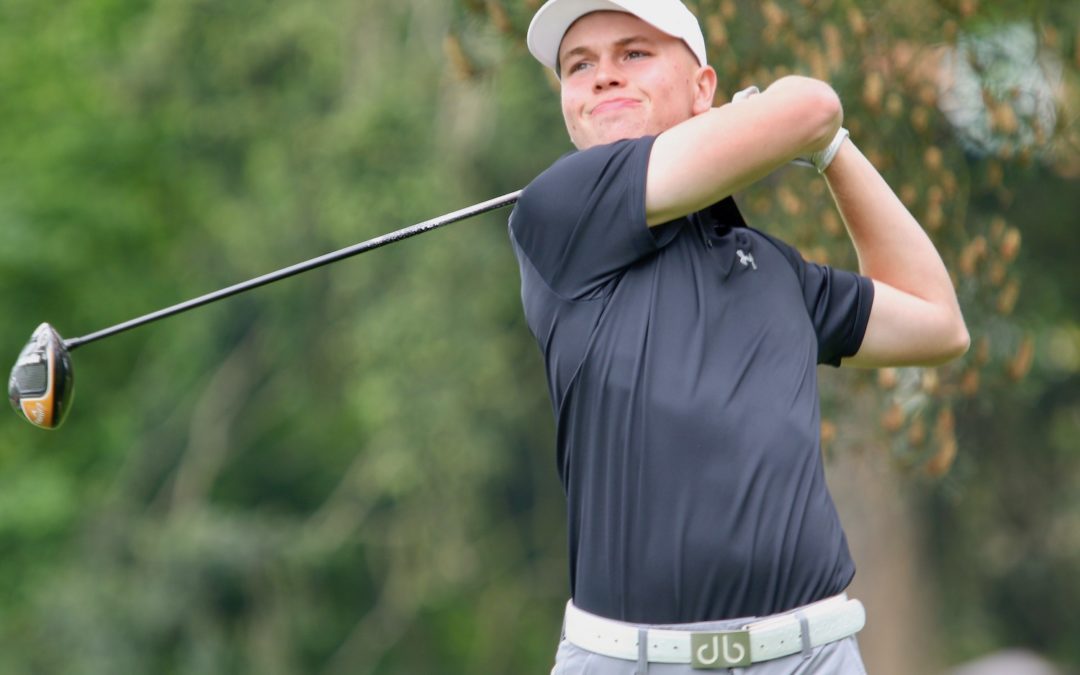 NORTH Hants GC’s Charlie Forster finished fifth in The Berkshire Trophy – one of England’s most historic and important amateur strokeplay championships – on Sunday.

The 19-year-old, who is the reigning Hampshire Junior Champion after his victory last summer just days before he jetted off to begin a US golf scholarship in Louisiana, picked up where he finished his debut term in the States.

Forster fired a brilliant 65 in the second round at The Berkshire, to catapult him into the lead of the second most important 72-hole strokeplay tournament on the country’s amateur calendar. 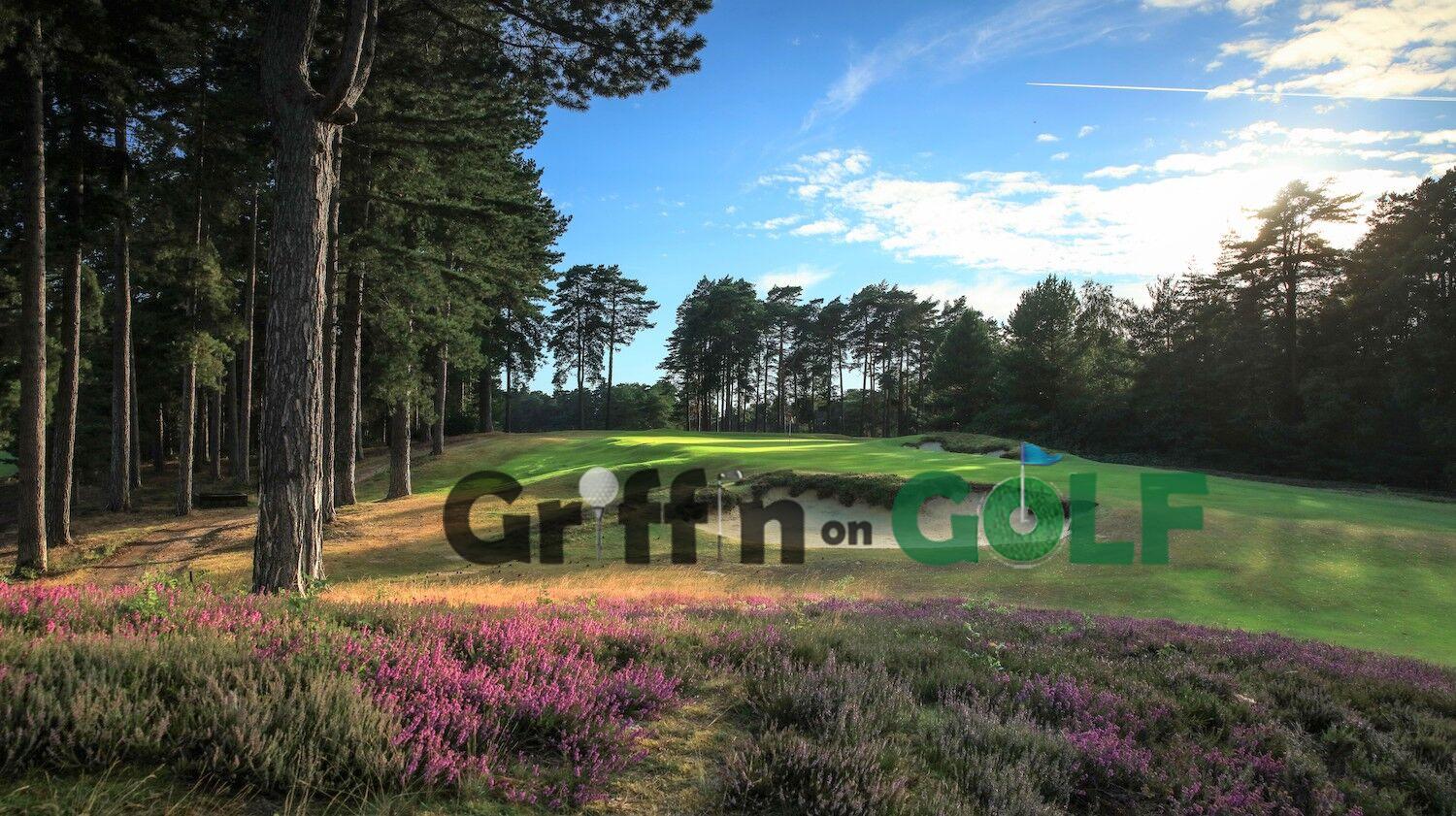 Shooting six-under on The Blue Course made up for a lacklustre level par 72 on the Ascot golf club’s renowned Red Course – with its six par-fives. That second round included seven birdies including four on the front nine after he started with a bogey four at the par-three first.

Having slept on his lead, and with an England selector following the action, Forster found himself being chased by the pack, including defending champion Zachary Chegwidden, the England amateur international from Essex.

In tougher scoring conditions, Forster started cautiously dropping just a shot on the front nine of the Red on Sunday morning. But he dropped out of the lead with back to back-to-back bogeys at 14 and 15.

A birdie at the 16th was a good bounce-back but another shot went at the last to leave him six shots behind the new leader Jamie Van Wyk, from Royal Lytham.

In round four, Charlie, pulled out of last month’s Hampshire, Isle of Wight and Channel Islands Amateur Championships because of jet lag after returning from the States just a few days earlier, shot a two-under par 70 in his third and final round on the Red. 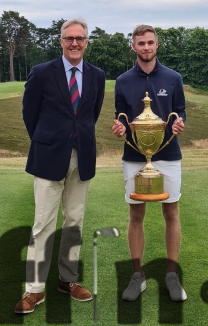 That kept in fifth place, earning him vital World Amateur Golf Ranking points, as James pulled away to finish on 11-under to win by a shot from last year’s Surrey’s county champion Aadam Syed, and becoming the first Lancashire winner since Stephen Hamer in 1983.

Charlie’s dad Lance, who plays off one, was on the bag for all four rounds. He said: “The Red Course has very large and undulating greens, so even though there are six good scoring opportunities on the par-fives, it is easy to get on the wrong side of some of the pins if you are trying to get on in two.

“You can be left with really difficult – almost impossible chips – or you can find yourself in three-putt territory, even if you end up with a long eagle putt.

“It was Charlie’s first real look at the course, and he found it easier scoring on the Blue in the second round, which has smaller, but less severe greens.

“His wedges were on fire on Saturday afternoon but he didn’t hit his short clubs so well in round three, and made a couple of bogeys from the middle of the fairway.

“It was a shame as his driving was immaculate, he never missed a fairway. On Sunday afternoon, we agreed it was about securing the best possible finish to get the maximum WAGR points we could.

“He putted off the green on the 18th on Sunday morning after going long, but made a solid par on the last to avoid a big tie for fifth place, which will make a big difference to his WAGR points.”

Talbot back in the running with sixth place at Ascot

Former Hampshire Junior Champion Alex Talbot has had a quiet time in his three years in the States. Picture by ANDREW GRIFFIN / AMG PICTURES

STONEHAM’S Alex Talbot marked a return to form with strong performances in the first and last rounds. The 2016 Hampshire Junior Champion charged into the lead with a five-under par 66 on the Blue, but fell back into the pack after taking 77 on the Red.

The Boise State University golfer, who will return for his fourth year in Idaho later this summer, was one-over par in his third round. But he stormed back up the leaderboard with a five-under par 67 on Sunday afternoon, to grab a share of sixth place.

His blistering finish saw him eagle the 15th before adding a birdie two and a birdie four at the 17th to finish one behind Forster. 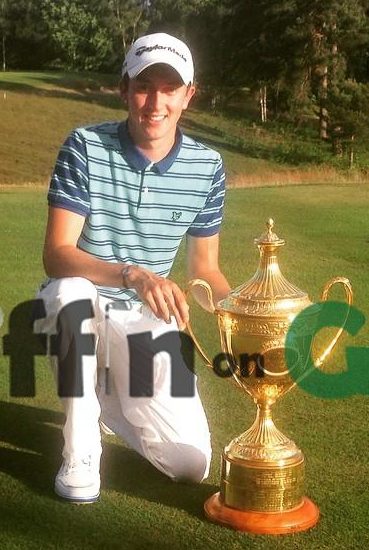 Lee-on-the-Solent’s George Saunders, who travelled back from Royal Lytham after missing the cut in the Amateur Championship, took a share of 13th spot after carding a two-under total.

The former West of England Amateur Champion also finished strongly thanks to a bogey-free 67 in round four, which included an eagle at the ninth. But his round could have been even better, picking up just one shot on the back nine.

Stoneham’s Alex Maxwell, an Australian who joined the Southampton club earlier this year – playing off plus-three – was three-over at the half-way mark. He led qualifying for the Brabazon Trophy last month, also finished on two-under, finishing with rounds of 70 and 69 on the Red.

•The Berkshire is only second to The Brabazon Trophy, the English Amateur Strokeplay Championship, which attracts an international field annually.

Only three Hampshire players have won The Berkshire Trophy in its 77-year history – Sandford Spring’s James Knight was the first in 1994, followed by Darren Henley (1999) and Billy McKenzie (2015).