Elliot Groves back in amateur groove 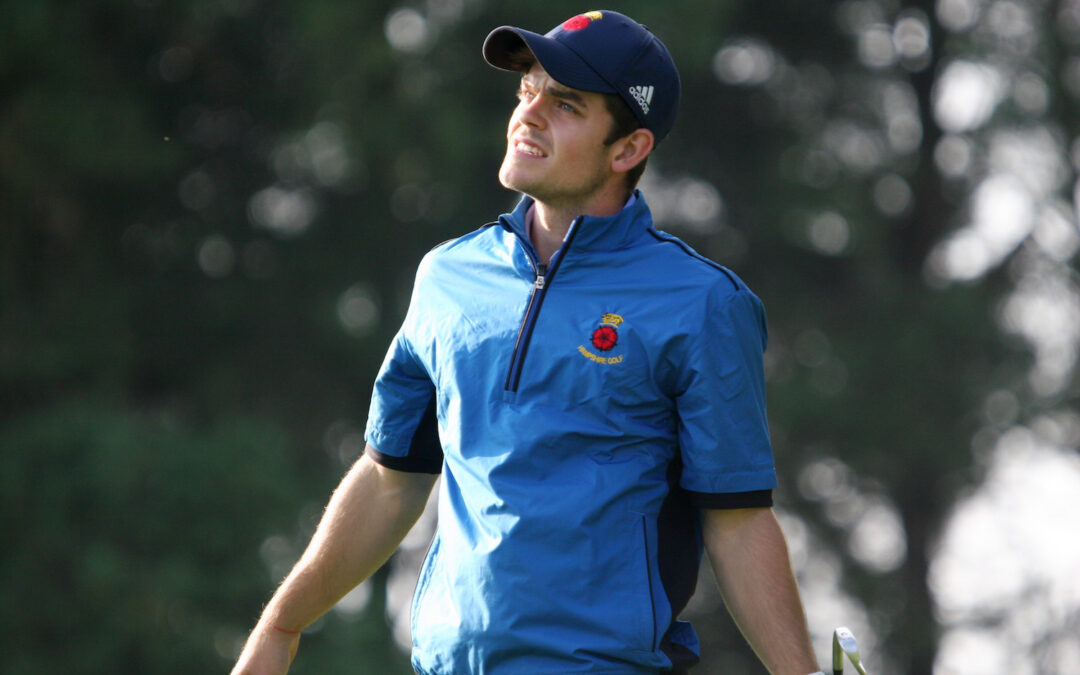 STONEHAM’S Elliot Groves spends most of the summer travelling the length and breadth of the UK watching players he has helped – or is helping – find golf scholarships in the States.

Having played professional golf on the PGA South and Hampshire PGA circuit having turned pro back in 2013, he has known the struggles of trying to break through on to the European Challenge Tour, while trying to earn enough for a simple, let alone luxurious lifestyle, or raising a young family.

But while losing to Lancashire on the last day which cost Hampshire their second-ever English County Championship, is not a memory Elliot will forget easily, winning the NAIA Team Championship while at Oklahoma City in 2012 is a memory that will live for him for life.

Having quietly applied to get his amateur status back late last year, Groves was pleasantly surprised to receive a call from county captain Neil Dawson, asking him to play in Sunday’s final South East League game of the season against Surrey.

The clash with the English Amateur Championship forced Dawson to trawl through his contacts book before choosing his team to travel to Kingston, for Saturday’s practice round at Coombe Hill.

Elliot, from Eastleigh, admitted: “I guess being best buddies with Toby Burden and very good mates with Tom Robson helps.

“I have not played a lot since getting my amateur status back in May, but I am really looking forward to pulling on the Hampshire shirt again. 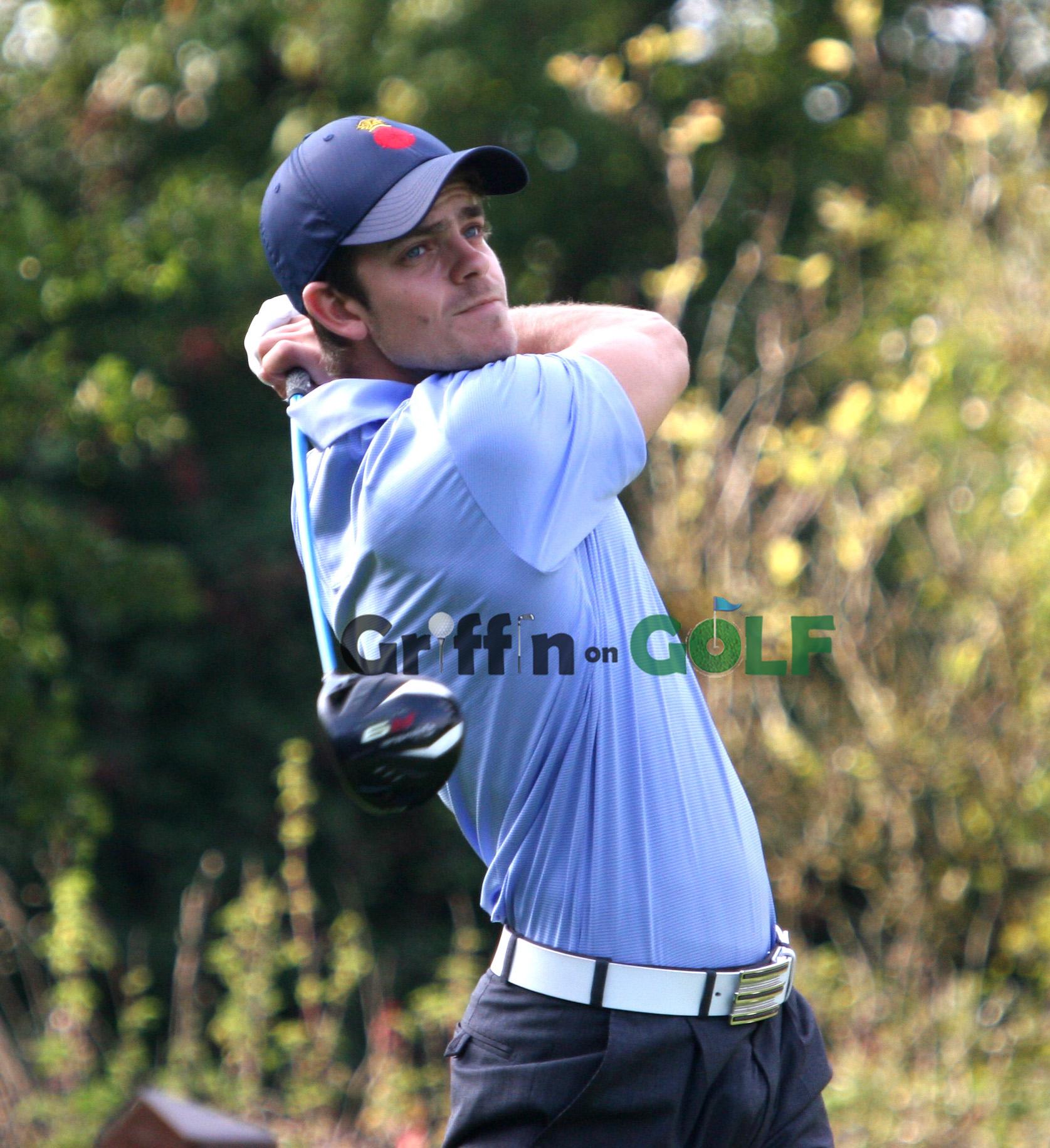 Stoneham’s Elliot Groves tees off on the 11th hole in the Englsh County Finals against Lancashire’s Paul Howard at MInchinhampton GC on Sunday, September 29, 2013

“I made it through to Final Open Qualifying at Prince’s last year, but didn’t play well. I had a successful spell while working as an assistant pro at Romsey, winning the PGA South Region Assistants Championship and five events on the South Region and Hampshire PGA Order of Merits.

“I was coached by Tournerbury’s Kev Flynn, who now coaches a number of players in the first-team squad, including James Freeman, and Joe Buenfeld, who were in the county final.

“I joined College Sports America back in 2016 and now as the golf manager and CEO, I love being able to help so many talented players from the UK get the right scholarship to take their game to the highest possible level.

“I can’t really believe I am going to be back in a Hampshire team with a couple of the players we have helped get the places in the States where they are now learning to become very, very talented golfers.

“I am not in the least bit surprised to see the likes Joe Buenfeld and Charlie Forster having success from the get-go in America, and seeing them all now playing for the first team makes me feel really proud,” Elliot added.

But captain Dawson knows how strong 32-year-old Elliot’s bond is with 2019 county champion Burden, from Hayling. 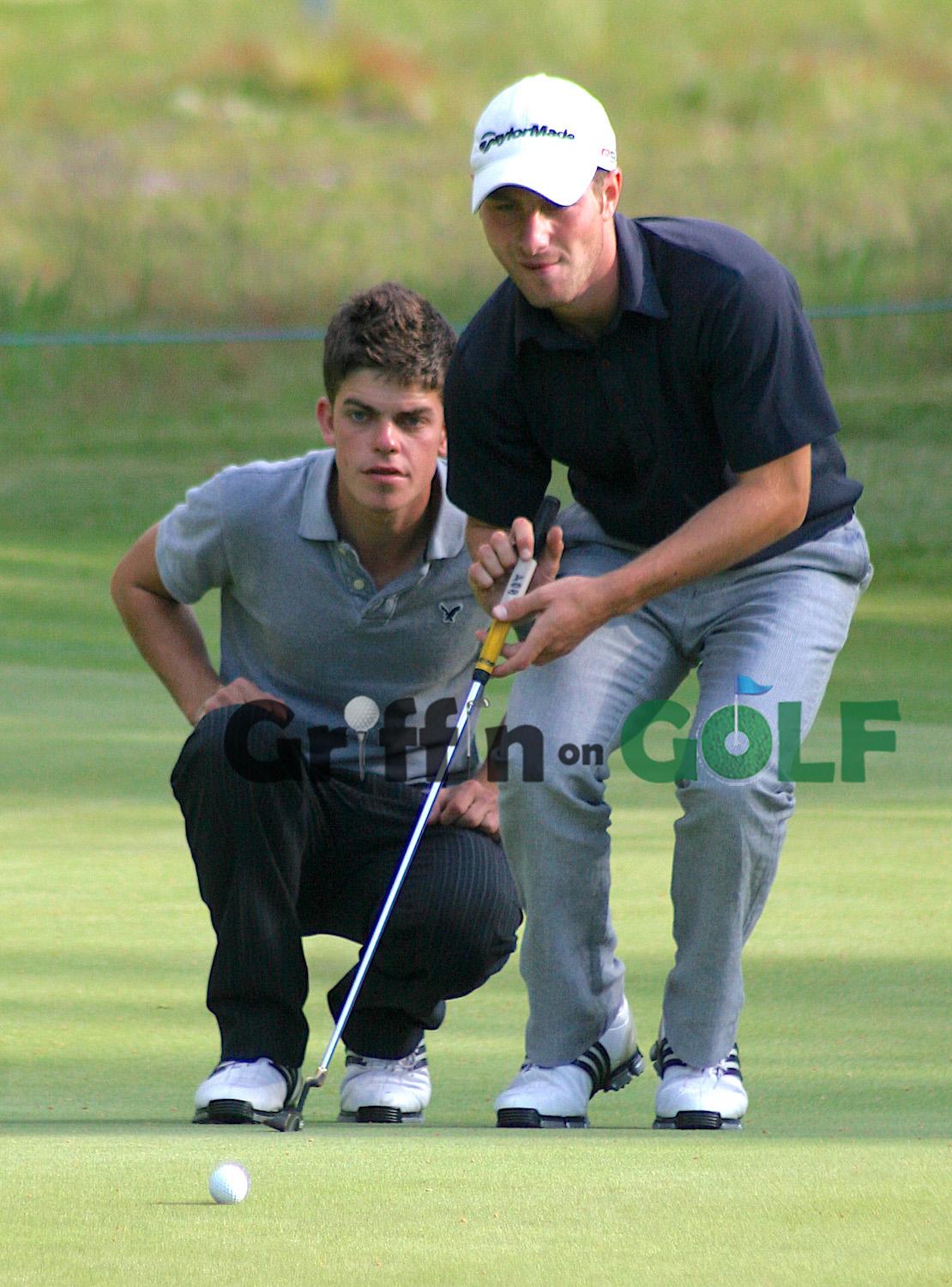 Elliot caddying in the 2009 county final for close friend Toby Burden (right), who will play alongside Groves against Surrey on Sunday. Picture by ANDREW GRIFFIN / AMG PICTURES

Groves was on the bag when Toby lost a play-off to team-mate Tom Robson in the 2009 Hampshire, Isle of Wight and Channel Islands Amateur Championship.

And following Elliot’s Courage Trophy win at Aldershot’s Army GC in 2009, Burden picked his brains for his game plan for the 2019 county championship – when the Hayling man claimed the Sloane-Stanley Challenge Cup at the third attempt.

Elliot said: “Yeah it was nice of Toby to praise my role after winning the county championship. He turned pro three years before me, but we played a lot of golf together.

“I took up golf when I was 14, a bit later than some, and had a great time as a junior at Dunwood Manor, which has sadly closed since.

“I owe a lot of my Hampshire golf success to Richard Elmes – he was the Colts manager when he gave me my debut at 16, and I played for him in the English County Finals nine years ago.

“I had not played for any of the junior teams, but after my Colts’ debut the junior manager Tony Cullen thought he had better pick me too!

“I played foursomes against Dorset at Dudsbury, playing with Shaun Hall, who is now the head pro at Boundary Lakes.

“I made a six-foot birdie in the singles on the 18th for a half that gave us the win,” Elliot beamed.

“It’s still one of my best memories in golf and shows why it is important that the youngsters get opportunities to play for their county.

“I played for England Schools after qualifying through the South West Schools Championship and had success playing as an individual.

“As well as the Courage, I reached the semi-finals of the county championship in 2013 before losing to Ryan Henley, who went on to win his third Sloane-Stanley that week – not many have done that.

“But now the reason I wanted my amateur status back was to play team golf again, and now I have a young daughter, who is almost two, and another on the way in October, I would love to be able to play golf with our girls in future.”

“The buzz of playing for your team-mates has been the best experience in the game so far for me.

“But if they end up taking up the game, or can watch me play and see me win, that would be fantastic,” said Elliot, echoing what Tiger Woods finds so rewarding about playing with his son Charlie in televised events in America.

Groves added: “Winning a couple of conference titles at Western Texas, where I spent two years in Junior College Golf, and then the NAIA at Oklahoma City was just unbelievable.

“While I have a professional interest in seeing the youngsters do well with the Colts and the first-team – and using that experience to sell them to prospective coaches and colleges in the NCJAA, NCAA and the NAIA – I am competitive enough to want to play if I merit selection. 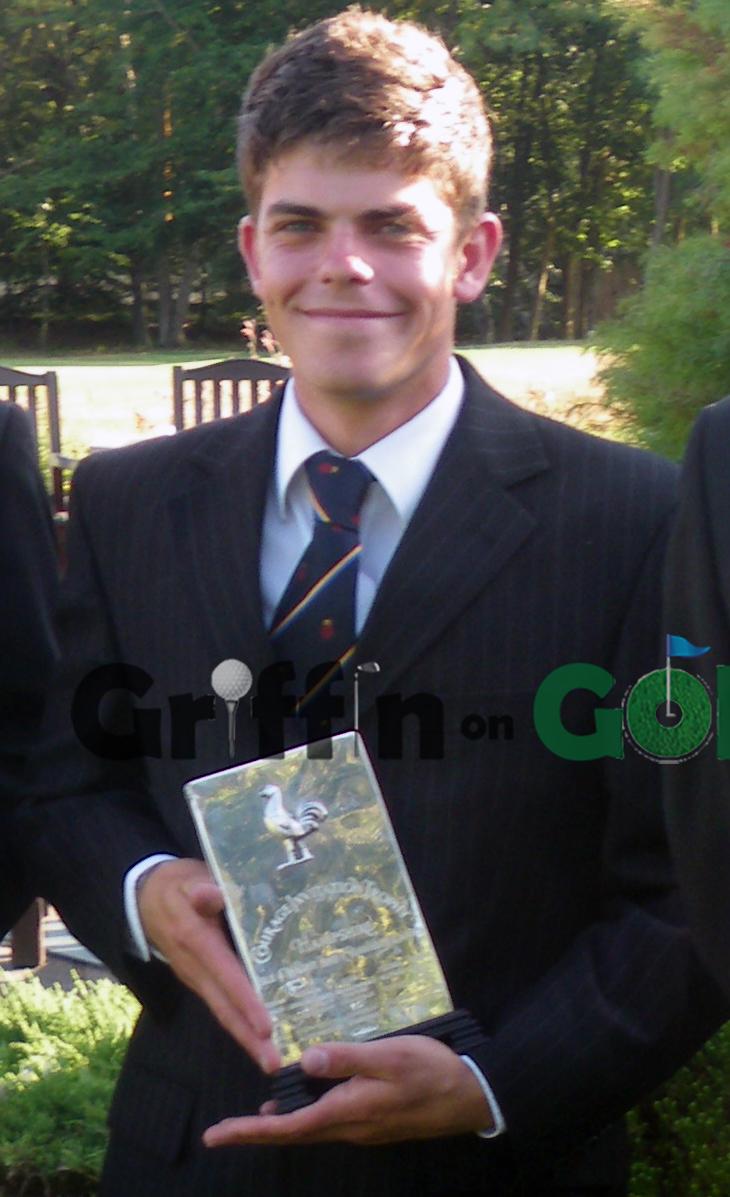 “I have a chance to show Neil what I can do this weekend, and playing with Robbo and Toby, and Charlie – if he has not got to the latter stages of the English Amateur – will be a real buzz for me.

“I don’t know how many times I partnered Robbo in foursomes for the county, but we never lost a game, and preserving records like that matters.”

Dawson may have had to go a long way down his list before settling on his side to beat Surrey for the first time since 2016 when they won 91/2-21/2 at Brokenhurst Manor.

Since then they have drawn twice at home and lost twice away to the winners of the 2022 South East Qualifier, who will contest the English County Finals at the end of September.

With Stoneham’s Ryan Moody turning pro after the six-man qualifier earlier this month, Test Valley’s former county champion Stuart Arcibald comes in for his first league match since 2009, having won the English Mid-Amateur title at Liphook at the start of July.

And North Hants’ James Atkins was called up as an 11th hour replacement for clubmate Charlie Forster after the 19-year-old made it through to the last four of the English Amateur Champinship, at Lindrick GC, on Saturday.