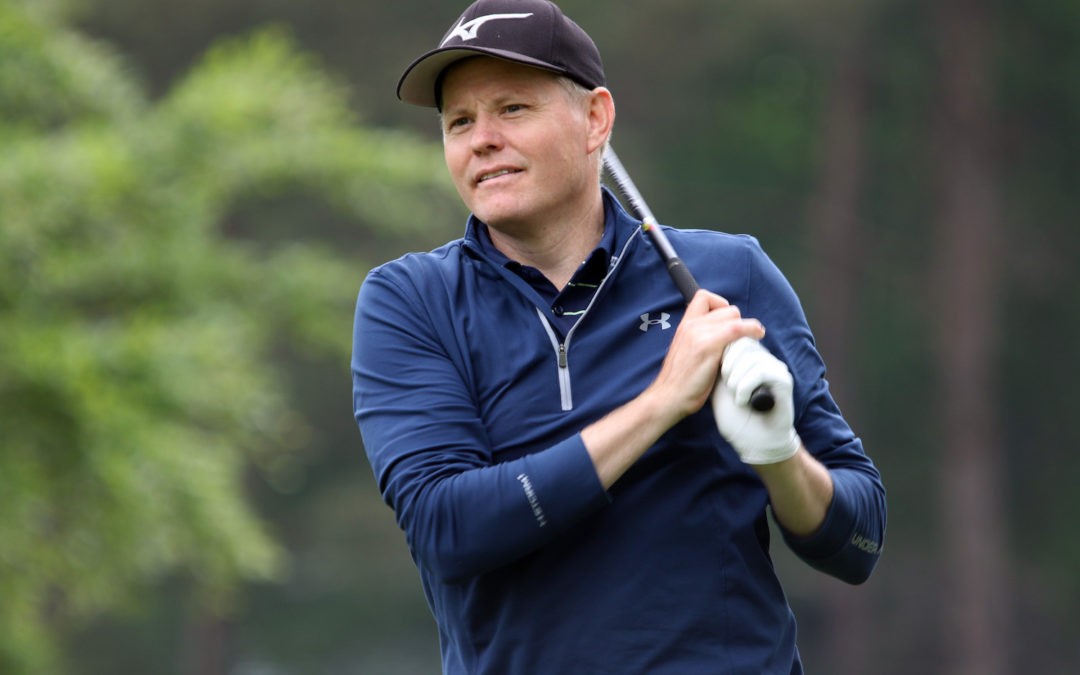 STONEHAM’S Ryan Henley has a very big chance to make some Hampshire Golf history and join a very exclusive club this weekend.

For the three-time winner of the Sloane-Stanley Challenge Cup can become one of just five players to have won the Hampshire, Isle of Wight and Channel Islands Amateur Championship four times or more over the past 129 years.

Stoneham is hosting the championship for the first time since 2008 – it was 14 years ago that Henley (pictured above) lost on his own course, beaten 3&2 by former Hampshire Boys captain Jon Watt, from Brokenhurst Manor, in the final.

Henley reached his first final 22 years ago at Royal Jersey, when he lost to postman Christy McLaughlin, who was not even on the Hampshire first-team captain’s radar going into the week.

At that point Ryan, whose younger brother was already in England international, was bidding to deliver the Sloane-Stanley cup back to their Southampton home after Darren’s victory in the 1999 final. 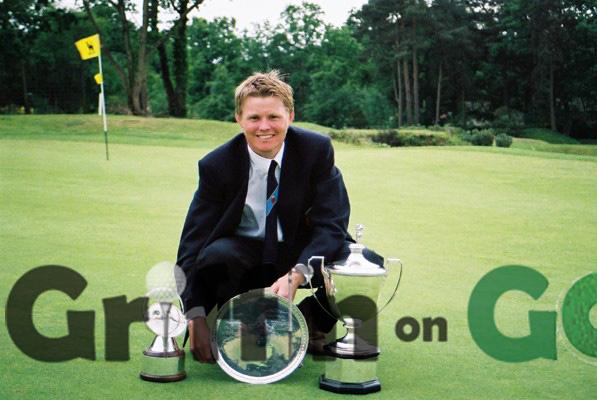 Ryan claimed his first win at Blackmoor in a golden summer in 2005 – two months earlier he had won the nationally-ranked Selborne Salver there, and 24 hours later claimed the Hampshire Salver, for the best 72-hole score including the Hampshire Hog, at North Hants GC.

Ryan went on to win a second county title at Royal Guernsey in 2007, before just coming up short 12 months later in his title defence.

Chance encounter led
to Henley’s return to
the Hampshire fold

But now at the age of 44, and having become a father for the first time in his late 30s, Ryan will look to use the experience from those defeats, as much as his three victories, as he looks to claim a fourth county championship crown.

Ryan, who returned to the Hampshire first-team squad at the start of the year, having sat out the last six years, is looking forward to playing in the 118th county championship.

He said: “Although I have not played for the county for a few years until our games against Kent and Dorset this month, my attitude to the game has not changed.

“I have always entered competitions with the aim of trying to win. That has not changed at all. Becoming a father has made me a bit more patient out on the course, and accepting of what happens out there. 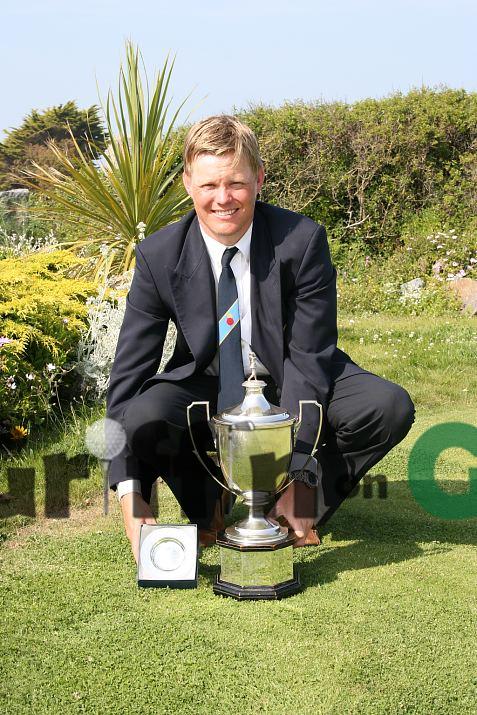 Ryan Henley claimed the county championship in 2007 at Royal Guernsey, beating Steve Mahy in the final 5&4. Picture by HAMPSHIRE GOLF

“You can look back on things when you don’t win and reflect and learn for the future,” said the winner of some 20 major titles in Hampshire since 1999. I still want to win. That’s never changed,” added Ryan, who has also won the Stoneham Trophy, the club’s 36-hole open, five times between 2001 and 2016.

Henley also picked up the Solent Salver twice – for the best weekend score in the Stoneham Trophy and Brokenhurst’s Mike Smith Memorial Trophy, which he has also won twice.

Fellow Hampshire team-mate Ryan Moody is another Stoneham member who will be itching for a chance to break his duck by reaching Sunday afternoon’s final.

And James Freeman – the club’s former two-time Hampshire Junior Champion – warmed up perfectly by winning the Delhi Cup at Hockley, in the first Hampshire Order of Merit event of the year, two weeks ago.

Ryan, who won the Delhi five times in a row from 2009-13, added: “We have a number of good players at Stoneham who are capable of winning the trophy.

“Will I feel under any pressure having won it three times? Not really. I enjoy playing in front of crowds and I am used to it,” said the sales manager for a Scandinavian telecoms firm based in the city.

“I have to concentrate on getting into the top 16 in Friday’s 36-hole qualifier – then it’s one game at a time in the matchplay knockout.”

•See the field for this year’s 117th Hampshire, Isle of Wight and Channel Islands Amateur Championship