Historic treble after Courage on last hole pays off for Burden 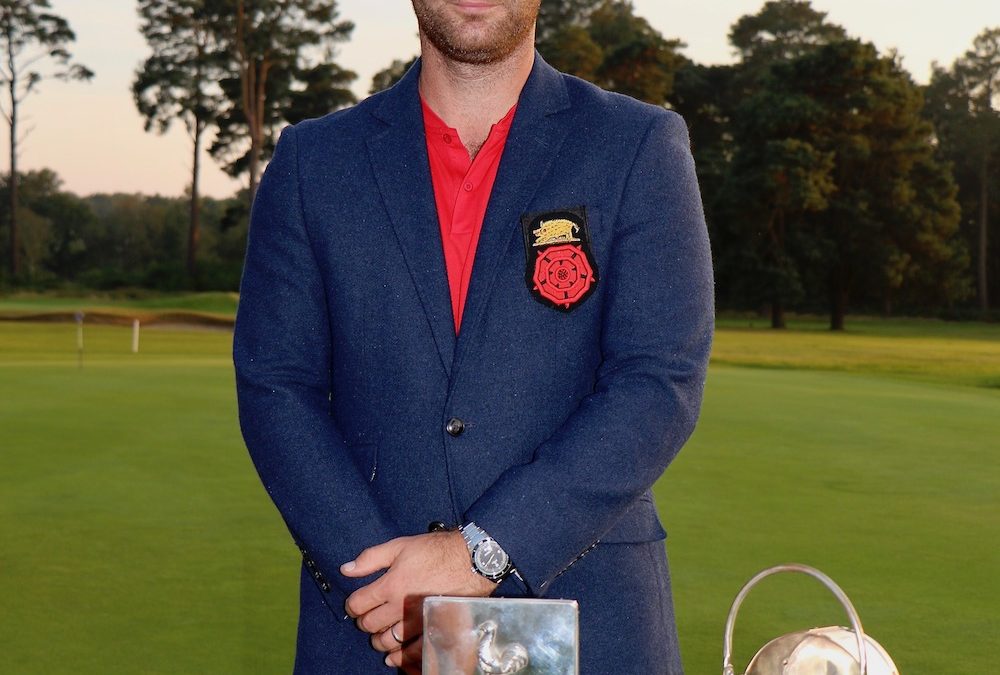 HAYLING’S Toby Burden became the first player ever to claim the treble by winning the Courage Trophy, Cole Scuttle and the Hampshire Order of Merit in one go.

Victory by a shot over Rowlands Castle’s Darren Wright and Stoneham’s Ryan Moody – denying the latter the Cullen Quaich in the process – rounded off a very consistent season for the former EuroPro Tour player.

Burden, who has played in five finals of the county championship since 2006 – including the last three to match the feat of Richard Bland in the 1990s – had never got his hands on the Hampshire strokeplay championship before.

The 34-year-old recruitment consultant became the fifth Hayling player to lift the trophy first introduced for club champions in 1963, and the third from the club to complete the double of winning the Hampshire matchplay and strokeplay titles in their amateur career – after Matt Blackey and Mark Thistleton.

The 59th Courage Trophy went down to the wire as Burden approached the 18th tee on the 330-yard hole on the New Forest course. Many players are tempted to try to drive the green, with the front bunker a popular bail out, although danger lurks left and right.

But Burden saw county team-mate Darren Wright celebrate after sinking a 20-foot biride putt up on the green. In fact, Wright – one of only two Hampshire players to win the Brabazon and Carris Trophies at England’s men’s and boys’ strokeplay championships – made a three to complete his second round of 67, to post six-under and take the clubhouse lead.

Toby, who was on seven-under coming off the 17th green, said: “I had been taking two-irons off the tee for most of the day – because the course was really running fast after the recent warm weather.

Scrambling at the last sealed treble

“That allowed me to have the normal distances into the green I am used to at Brok – only hit driver a few times on the two par fives and a couple of longer par fours. I knew that I had to make four at worst on 18 as something was clearly happening ahead of me when I saw Darren pumping his fist like that.

“I hit my tee shot in the fairway bunker and was right up in the face.” Toby added: “I got it out to 40 yards from the green and then put my wedge to six feet. The putt had a bit of break on it, so it was good to see it go in for my four. It was real clutch stuff.” 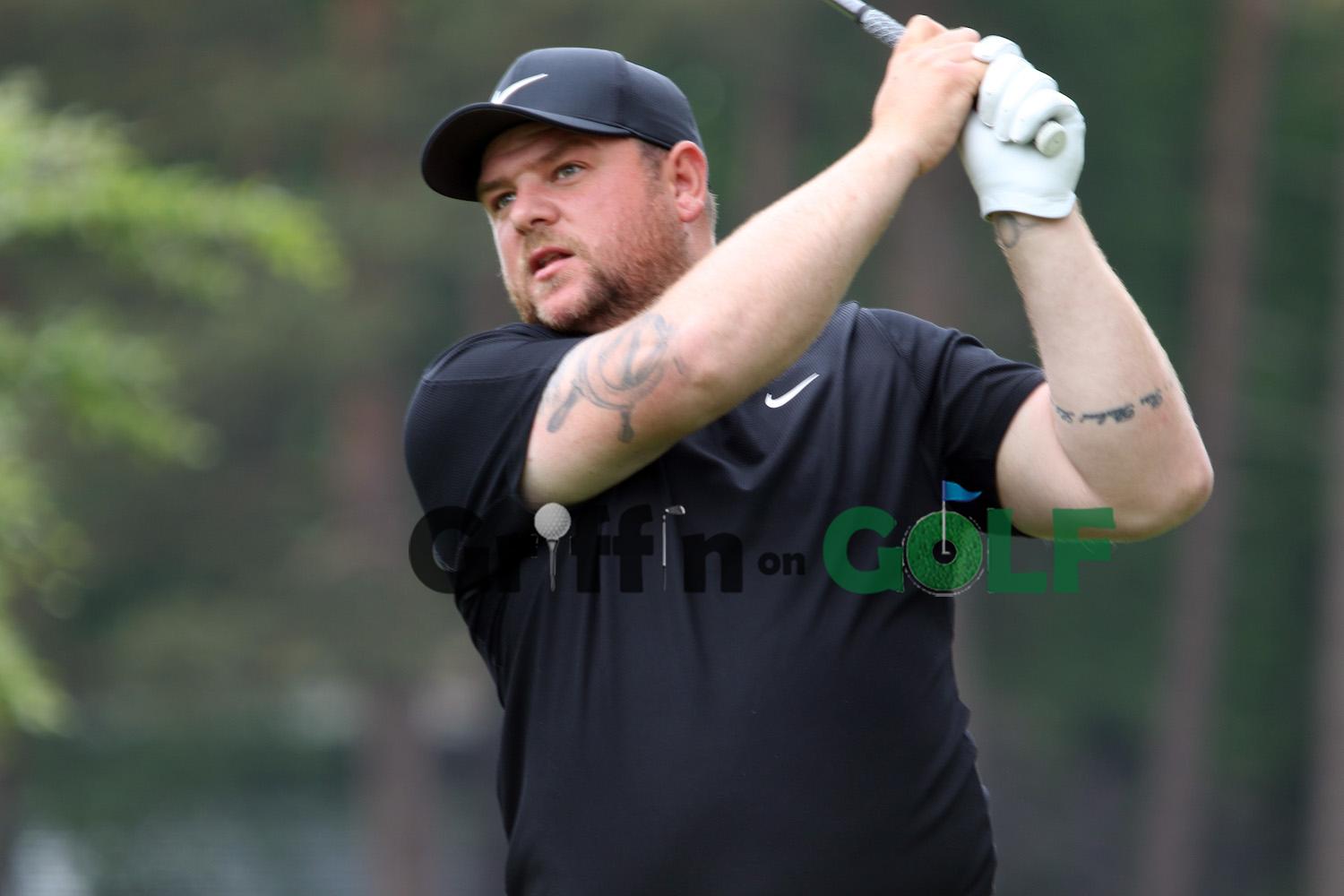 Stoneham’s Ryan Moody made five in his first 12 holes in his second round at the Courage. Picture by ANDREW GRIFFIN / AMG PICTURES

Burden was aware that Moody, who was playing on the other side of the course after starting his second round on the ninth, had got it going having been three behind Burden at lunch.

Toby added: “It was only when I came off the 18th and got to the clubhouse steps that I learned Darren and Ryan had tied on six-under that I knew I had won.

“I had set out to win the Courage knowing that would then give me the Cole Scuttle, leaving the Order of Merit to take care of itself.”

That bold approach paid dividends but Moody came within a whisker of not only defending the Courage crown he won on his own course 12 months ago, but with his own chance of claiming a clean sweep of all three trophies at stake.

The 30-year-old former mini-pro tour player made four birdies in his first seven holes to tie Burden at the top on five-under, after Toby had made a four at the par-five second having chipped his third close.

They were all-square after 11 holes as Burden bounced back from a bogey four at the 10th, hitting a seven-iron and sinking a 20-footer for his three at the 11th.

Moody lead briefly after he made a birdie four at the long second. A three at the 14th after hitting his 70-yard pitch to four feet for another birdie saw Burden tied at the top again.

But back-to-back bogeys for Moody at five and six suddenly saw some daylight between the leaders, and a two-putt birdie on the second par-five at the 16th stretched Toby’s lead to three with two to play.

Moody bounced back brilliantly however, with two threes on his final two holes – the seventh and eighth – to shoot an excellent 65, the lowest round of the day.

Wright, a former EuroPro Tour winner before returning to the amateur ranks nearly four years ago, had to settle for third on countback, courtesy of Moody’s strong finish, in his best performance of the season.

Burden’s two-over par total from qualifying at June’s Hampshire, Isle of Wight and Channel Islands Championship, at North Hants, gave him a five-under total in the Cole Scuttle, one better than Moody.

Moody would have had to have won the Courage by at least three shots and then see Toby finish third or worse, to have claimed the hat-trick of titles at stake, and win his own first Hampshire Order of Merit.

North Hants’ James Atkins, who claimed the Sanford Springs Open late last month, had to settle for the handicap honours as the plus-one handicapper carded nett rounds of 69 and 70. That was one better than Brokenhurst’s Daniel Hart, who shot two 70s playing off six.

Atkins, who also was fourth in the gross, has had a fine summer, winning the Sandford Springs Open and taking second place at the Mike Smith Memorial at Brokenhurst last month. 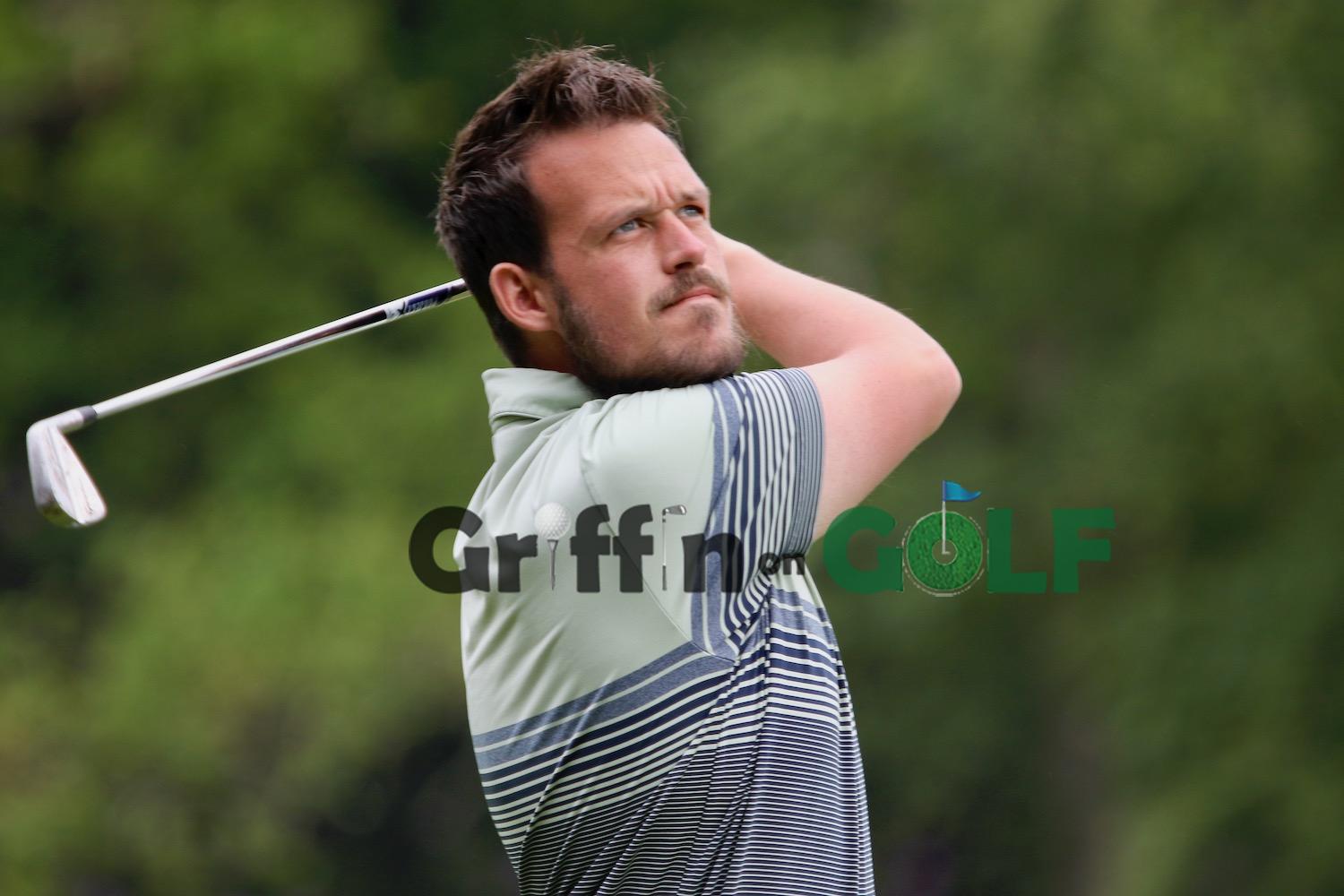