Moody misses out on 150th Open dream at Prince’s 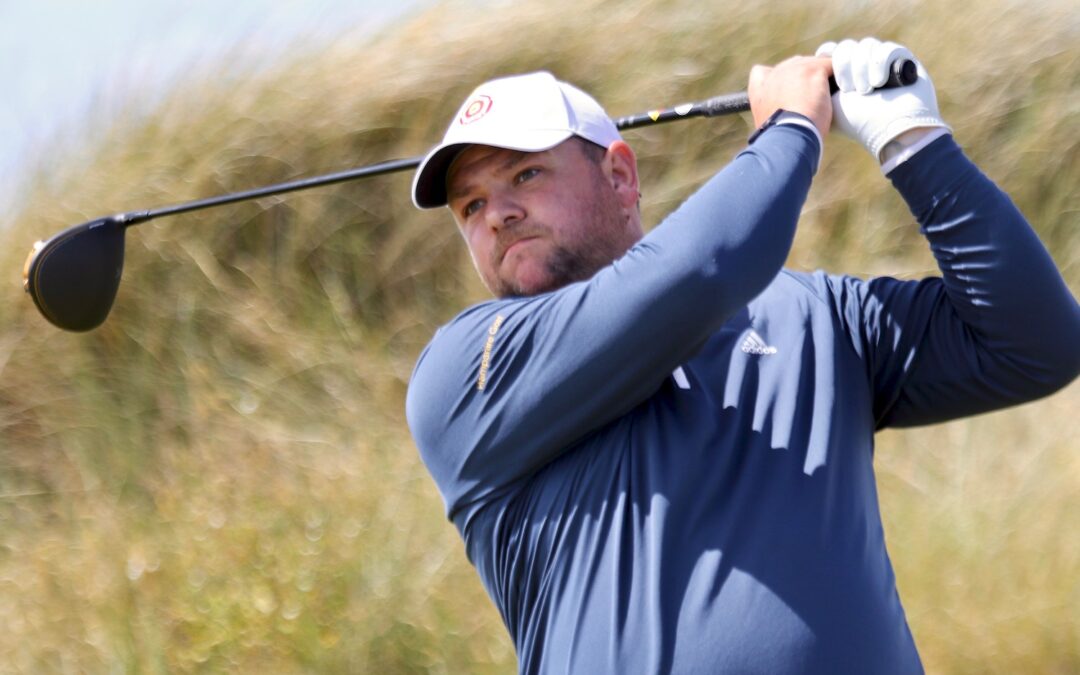 STONEHAM’S Ryan Moody’s bid to become the first amateur from Hampshire to come through Final Qualifying since Justin Rose in 1998 – and earn a spot in the 150th Open at St Andrews – ended in disappointment.

The former mini-tour pro, who is taking up a PGA position at Bramshaw Golf Club in the autumn, was determined to have a crack at joining the world’s best players in the 150th Open at St Andrews next month.

He travelled to Kent’s Prince’s GC – which hosted the Open in 1932 when Gene Sarazen introduced the sand wedge to the game at Sandwich – to pursue his dream.

The Southampton Docks worker was battling with 71 other players to grab one of the four spots up for grabs in The Open at the Home of Golf, from July 14-17.

But Moody (pictured above), who won Hampshire’ Courage Trophy – the county’s 36-hole strokeplay championship – two years ago on his home course, could only finish in a share of 19th,

That was seven shots behind Kent’s Challenge Tour player Matt Ford, who nearly quit the game a few years ago to become a postman, but delivered with rounds of 71 and 68 to finish on five-under. 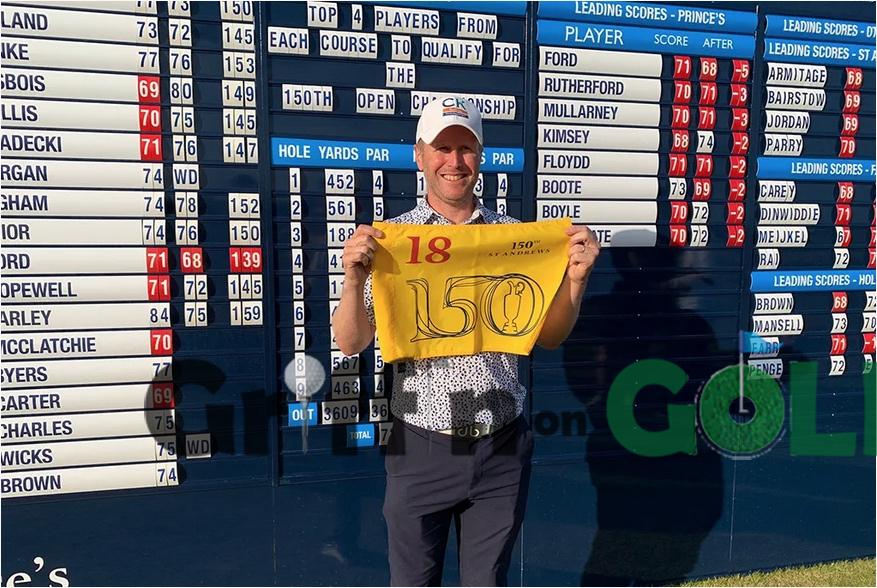 Matt Ford booked his place in the 150th Open by shooting five-under at Prince’s. Picture by The R&A

After coming through Local Qualifying at The Buckinghamshire last week where he finished tied fourth on one-under, the links course, which sits next to Royal St George’s where America’s Collin Morikawa claimed his second Major last summer, was not so kind to Moody.

Ryan headed to Kent fresh from playing for Hampshire in Sunday’s defeat against Sussex which ended his team’s hopes of reaching the South East League Final for the first time since he made his debut in the 2018 event.

But any hopes of emulating Rose – who famously finished fourth at Royal Birkdale 24 years ago after chipping in for birdie from 50 yards on the last – ended as he finished on one-over par after 36 holes.

Ryan carded a one-under par 71 in the morning but could only come home with a 74. In the morning, bogey fives at the first and sixth were countered by birdies at the fourth and ninth, but a six at the par-five 12th was a missed opportunity, and it took a birdie at the 16th to get back to level.

The afternoon got off to a better start with a birdie two at the third, but he gave the shot back at the next. He traded a birdie with another bogey at the sixth and seventh, but three bogeys in five holes from the turn – with just a shot picked up at the 15th, left Moody three shots of the qualifying score at two-under. 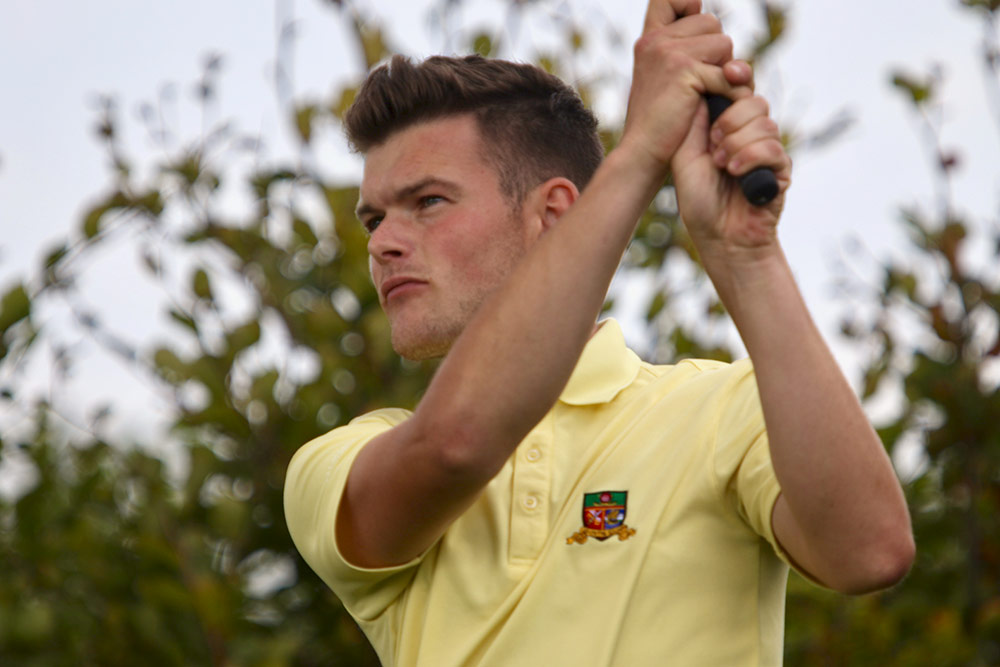 Former Hampshire Colt Lewis Scott, from Lee-on-the-Solent, who now is a PGA assistant at Paulton’s Park, also carded a one-over total thanks to an excellent second round 68, which matched the lowest of the day at Prince’s

The former Northwestern Ohio University player fired an eagle-three at the second and got to the turn on three-under with nine holes to play.

But Scott was playing catch up after an opening 77, which included seven bogeys and two birdies to leave him on five-over and nine shots behind lunchtime leader Nathan Kimsey, from the Challenge Tour.

Lewis needed another three-under on the back nine to have any chance of making a play-off for the fourth spot after Kent’s European Tour veteran Matt Ford, who nearly quit the game to become a postman, and delivered a five-under total with a 71 and 68.

Scott picked up shots at the 12th, 15th and 17th – but bogeys at the 14th and the last left him alongside Moody.

Former Hampshire junior Brandon Robinson-Thompson, who plays on the EuroPro Tour, having been a college winner in the States, finished a shot behind Lewis and Moody.

The Isle of Wight-based tour pro, who was in the same Hampshire Boys squad as future Amateur Champion Harry Ellis, was in the leading pack after a 70, but slipped out of the race for an Open start with a 76 to drop down to 28th place.

Another 12 spots for the 150th Open were up for grabs at three other Final Qualifying Venues, including one at nearby Fairmont St Andrews. 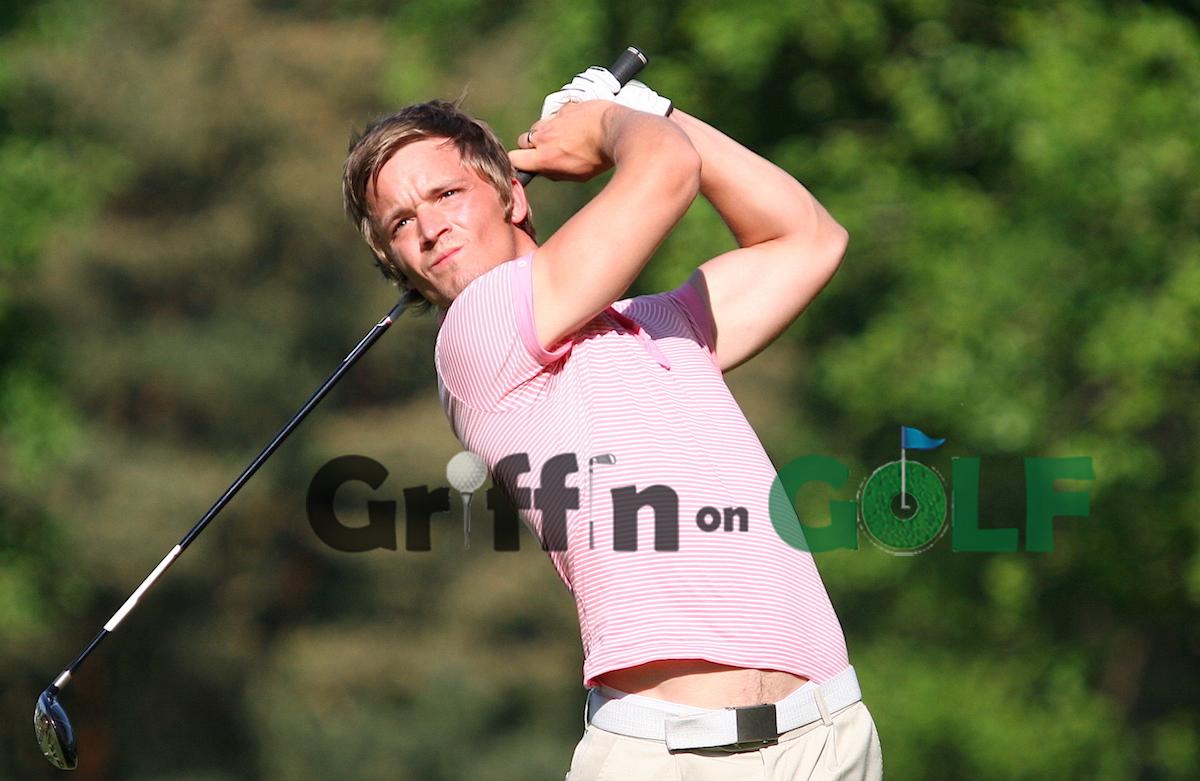