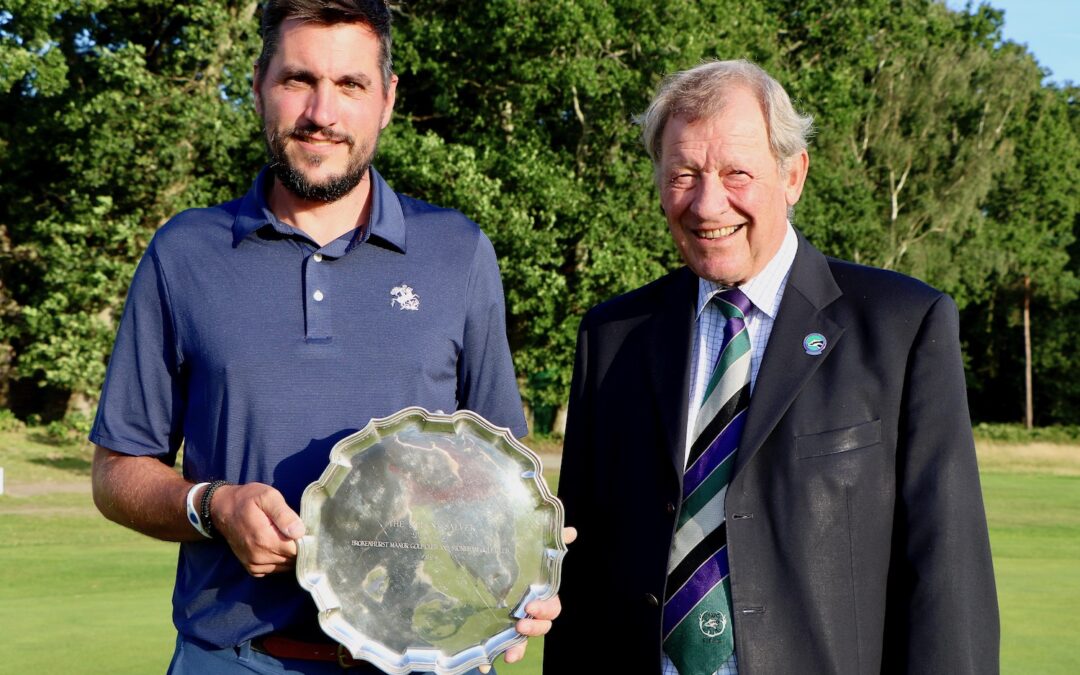 THE race to be crowned the 2022 Hampshire Order of Merit winner gathers pace when the Stoneham and Mike Smith Memorial trophies – which make up the Solent Salver – are held at Stoneham and Brokenhurst Manor respectively this weekend.

The two 36-hole club opens normally attract the strongest fields outside the annual Hampshire, Isle of Wight and Channel Islands Amateur Championship, every August, but many of the county’s up-and-coming golfers are missing this weekend.

And with the Solent Salver – awarded for the best 72-hole aggregate score also earning bonus points towards the Order of Merit, there are potentially 45 points up for grabs for anyone claiming the full sweep.

That has been achieved on four occasions since the Solent Salver was donated by the Hampshire Golf Union back in 1994. The list including Brokenhurst Manor’s Martin Young and Rowlands Castle’s Tom Robson also correlates with the honours board for the Hampshire Order of Merit.

Young and Robson were the winners in 2019 and 2016 respectively. The latter completed the Solent Slam in 2018, but was pipped to the Order of Merit by Blackmoor’s Colin Roope, who also lifted the Cullen Quaich in 2016.

Indeed, since former president Tony Cullen donated the trophy and it was first awarded in 2014, only five names have appeared on the silverware.

The other trend has seen the points needed to claim the Cullen Quiach rising steadily from Walkley’s winning total eight years ago. That is partly explained by a rise in the points awarded to the top 10 Hampshire player in every event, but also by the competition among the county’s elite amateurs – who have altered their playing schedules to play in more club opens, rather than just Hampshire Golf-run events, including the Courage Trophy and the county championship itself.

Hayling’s Toby Burden will be fighting to defend his title, having picked up good points in the recent Hampshire Open, where he finished as the leading amateur against the county’s club pro’s, taking third place overall.

Last year Burden made a clean sweep on last day of the 2021 season, winning the Courage Trophy and Cole Scuttle – the latter for the best aggregate in the former and the county championship’s 36-hole qualifier for the Pechell Salver.

The 2021 Courage Trophy was held at Brokenhurst Manor, and returning to claim the Mike Smith Memorial for the first time will be a strong motivation for the former EuroPro Tour player, who won the English Champion of Champions title in 2019.

Burden has won the Stoneham Trophy before – back in 2009 – and will be keen to join the list of Mike Smith Memorial winners, including Richard Bland and Justin Rose, before they became European Tour winners. 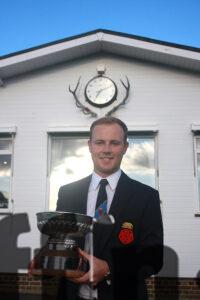 Harry Ellis – the only Hampshire player to have won both the English Amateur and the R&A’s Amateur Championship – picked up the Mike Smith in 2011 and again in 2016.

The former Meon Valley G&CC junior – who finished fourth at the K Club last week in the Irish Challenge, on the 10th anniversary of breaking Sir Nick Faldo’s record as the youngest English champion at just 16 – is related to Mike Smith’s family.

Smith, the former British Youths Champion, was tragically killed in a car accident in the New Forest, in 1990, less than 12 months after he won the Hampshire, IoW & CI Amateur Championship as a 17-year-old.

The Brokenhurst Bowl was renamed in his honour in 1991, with Rose claiming the trophy in 1996. Last year’s winner – Test Valley’s Stuart Archibald – has recently been crowned English Mid-Amateur Champion after claiming the Logan Trophy for the Over 35s at Liphook.

Having finished third in last year’s final Order of Merit standings, Archibald picked up two wins in less than a month in 2021 – having returned to the amateur ranks in 2020 after winning twice on the EuroPro Tour in a 10-year spell as a pro.

Last year Archibald – who beat Burden to win the Sloane-Stanley Challenge Cup in the 2006 county championship – won when the event was reduced to 18 holes because of heavy overnight rain.

While no doubt the Brokenhurst greenkeepers, along with many across the county and country would welcome such a deluge, the forecast suggests no interruptions in play for Sunday, or at Stoneham on Saturday. 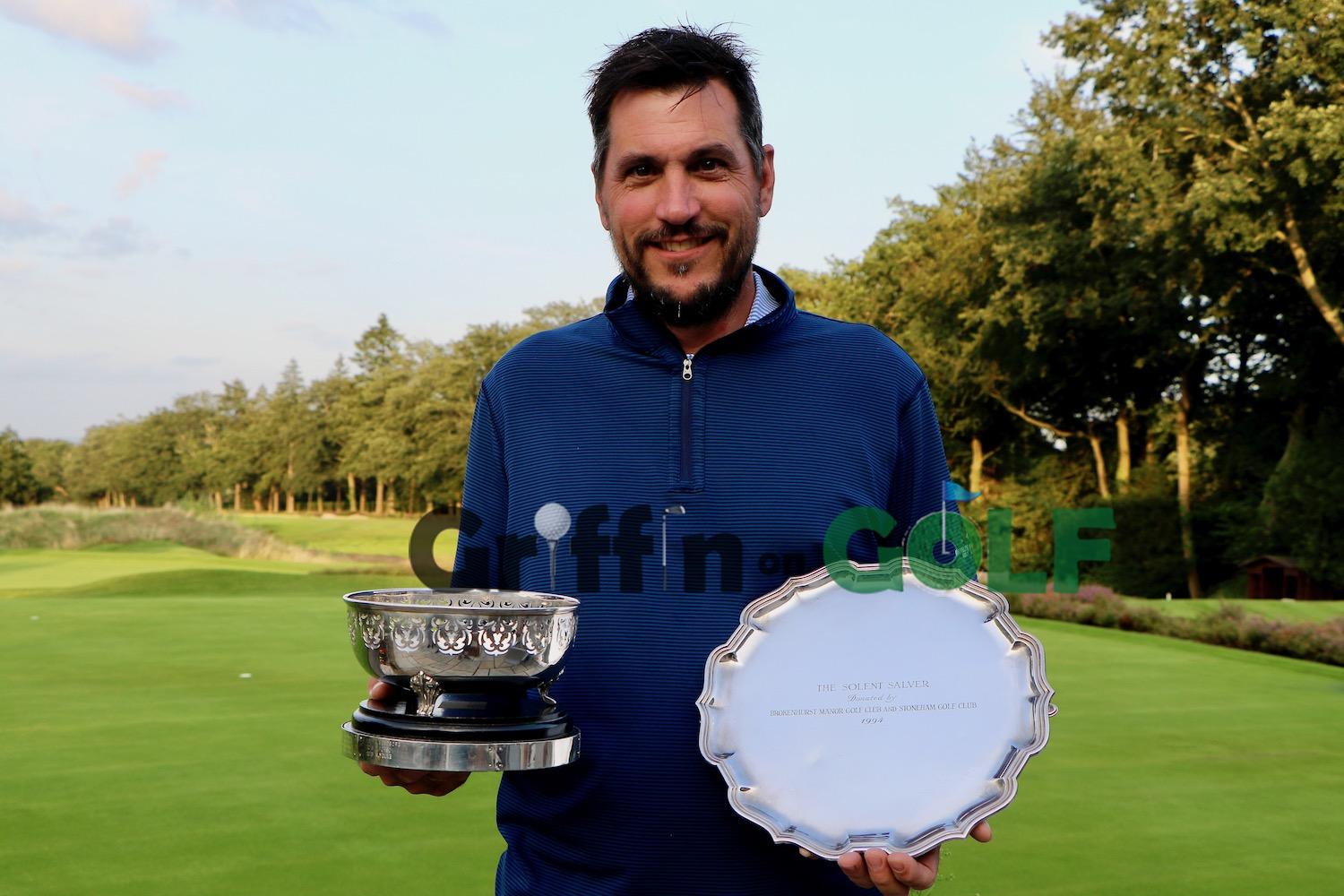 Martin Young won the Stoneham Trophy for a fifth time and the Solent Salver for a record seventh last year. Picture by ANDREW GRIFFIN / AMG PICTURES

Past winners at the Southampton club include Lee-on-the-Solent’s Ryder Cup star Steve Richardson The European Tour winner, who is now on the Legends Seniors Tour, claimed the Stoneham Trophy in 1987 and 1989.

The latter win came in a season when he finished second in the Lytham Trophy, one of the UK’s top 72-hole strokeplay events, and then claimed the English Amateur at Royal St George’s, beating Guernsey’s Bobby Eggo at the 37th hole, in what was described in reports at the time, as the “greatest English Amateur final.”

Martin Young – the only player to win all four Hampshire men’s titles in the same season – has five wins, matched by the host club’s Ryan Henley, who is not playing this year.

Fellow Brokenhurst members Kevin Weeks and Le Mesurier – a two-time European Challenge Tour winner after turning pro in 2000 – have both won the Stoneham Trophy back-to-back, as has Henley (2012 and 2013) and Gregory (2014 and 2015).

Young has dominated the Solent Salver, with his six Mike Smith Memorial wins on the course he knows so well in 30 years, boosting his seven victories in the aggregate event.

Now in his early 50s, he came within a shot of qualifying for the British Seniors Open for a second year running in Scotland, just three weeks ago.

And having lost that Logan play-off to his county team-mate, Young will need no motivation as he goes in search of his 19th victory in early August since claiming the Mike Smith for the first time in 2000 – the year he also won the Hampshire Salver, for the best aggregate in the Hampshire Hog and Selborne Salver.

Surprisingly, it is seven years since he last won the Mike Smith Memorial, but don’t rule it out come Sunday evening. The Solent Salver will not be heading back to Ringwood, however, as Young is not entered in Saturday’s Stoneham Trophy.

Other past Solent Salver winners include Bland, Blackey, Knight, Ryan Henley, Hutsby, Elliot Groves, and Billy McKenzie, who won in 2017, six months before he claimed the Spanish Amateur Championship.

Brokenhurst’s former Hampshire Junior Champion and county first-team player Jon Watt, produced three Solent Salver wins in four years from 2006, before moving away from Hampshire after graduating from university. Watt stands second behind Young with the total number of victories. Ryan Henley is next with two wins alongside Le Mesurier.

Ten players have won both the Stoneham and Mike Smith trophies during their amateur career, including Justin Rose, who triumphed at Stoneham in 1995. That was the year he sprang to fame as a 14-year-old, winning both the McGregor and Carris trophies in the same month.

He was the only player to win the English U16 and U18 Strokeplay titles in the same year – until Essex’s Harley Smith matched the feat last year. 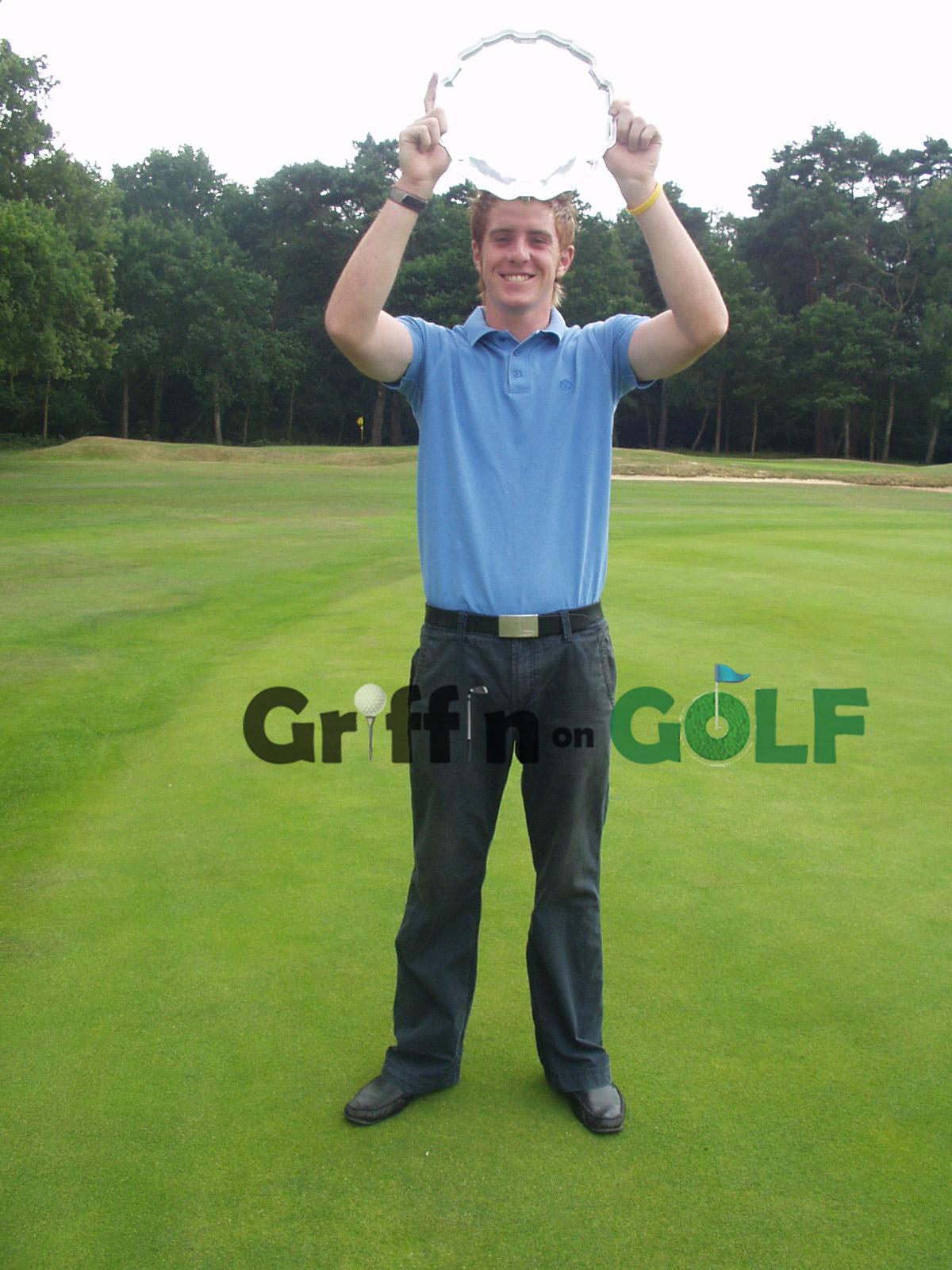