Young ready for 22nd South East Qualifer in a row 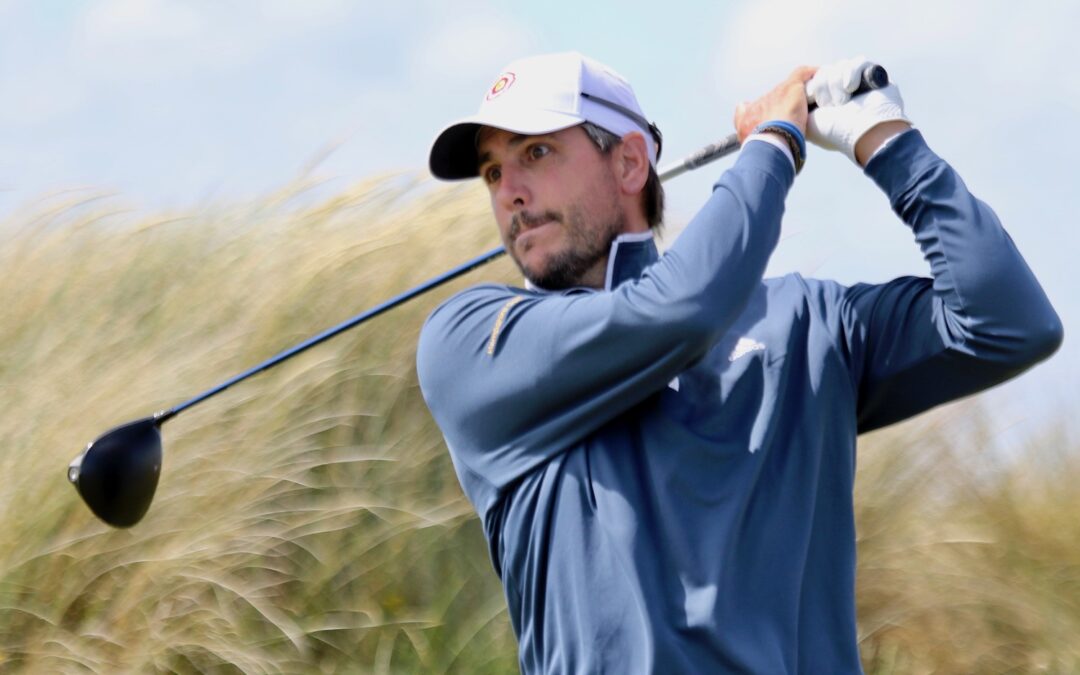 MARTIN Young is about to extend his lead with the most appearances in the South East Qualifier for the English County Finals, when Hampshire tee it up at Bury St Edmunds, on Saturday.

The Brokenhurst Manor veteran, who is 52, has played in every six-man qualifier since it was held at West Herts in 2000, when Hampshire finished 10 shots behind a Surrey team inspired by Paul Casey.

The reigning English Amateur Champion and future Ryder Cup star smashed the course record at the Watford club with a stunning 65 in the second round to send Surrey to the finals, which they won without the Arizona State star at Little Aston, two months later.

While many amateur golf fans who witnessed that round still talk about it, Young, who was playing in the group behind the Walker Cup winner, has racked up an impressive 21 appearances in a row – only the pandemic in 2020 interrupted his claim of playing in every year in the 21st Century.

Young – who led his team from the front when winning the South East title in 2017, before becoming just the second Hampshire captain ever to land the English County Championship that autumn – enjoys the total confidence of his successor Neil Dawson.

The North Hants GC member learned some valuable lessons when the 2021 qualifier was held at Water Eaton, near Norwich.

Then Hampshire were outgunned by Berks, Bucks and Oxfordshire (B.B.&O.) whose Walker Cup star Conor Gough did a Casey and shot a 61 in the afternoon to send his team to the finals at Dorset’s Remedy Oak.

Neil said: “In the past the six-man – when all six scores counted and we played on some tough courses, par was your friend. Apart from the odd year like 2010 at Stoneham when Hampshire shot 29-under on our home course, the winning score has always been around level-par.

“Three years ago it was seven-under at Ashford, when Kent won at home, but Water Eaton was very soft last year. That played into Gough’s hands, having spent a couple of years in America, playing target golf, going at the pins with receptive greens.

“Hopefully Bury St Edmunds will be a bouncier, firmer course, which I think will help our players, who are used to conditions like that when they play Hayling, and some of our heathland courses, are very firm right now.

“I have told the team we will be going out with just one simple message: ‘Have no regrets at the end of the day,‘ That means being aggressive at the right time and going for the right shots – being committed to the shot and the putts.

“If all six players go out and do that, I won’t have any complaints if they come off the course and tell me that was what they were trying to do.” 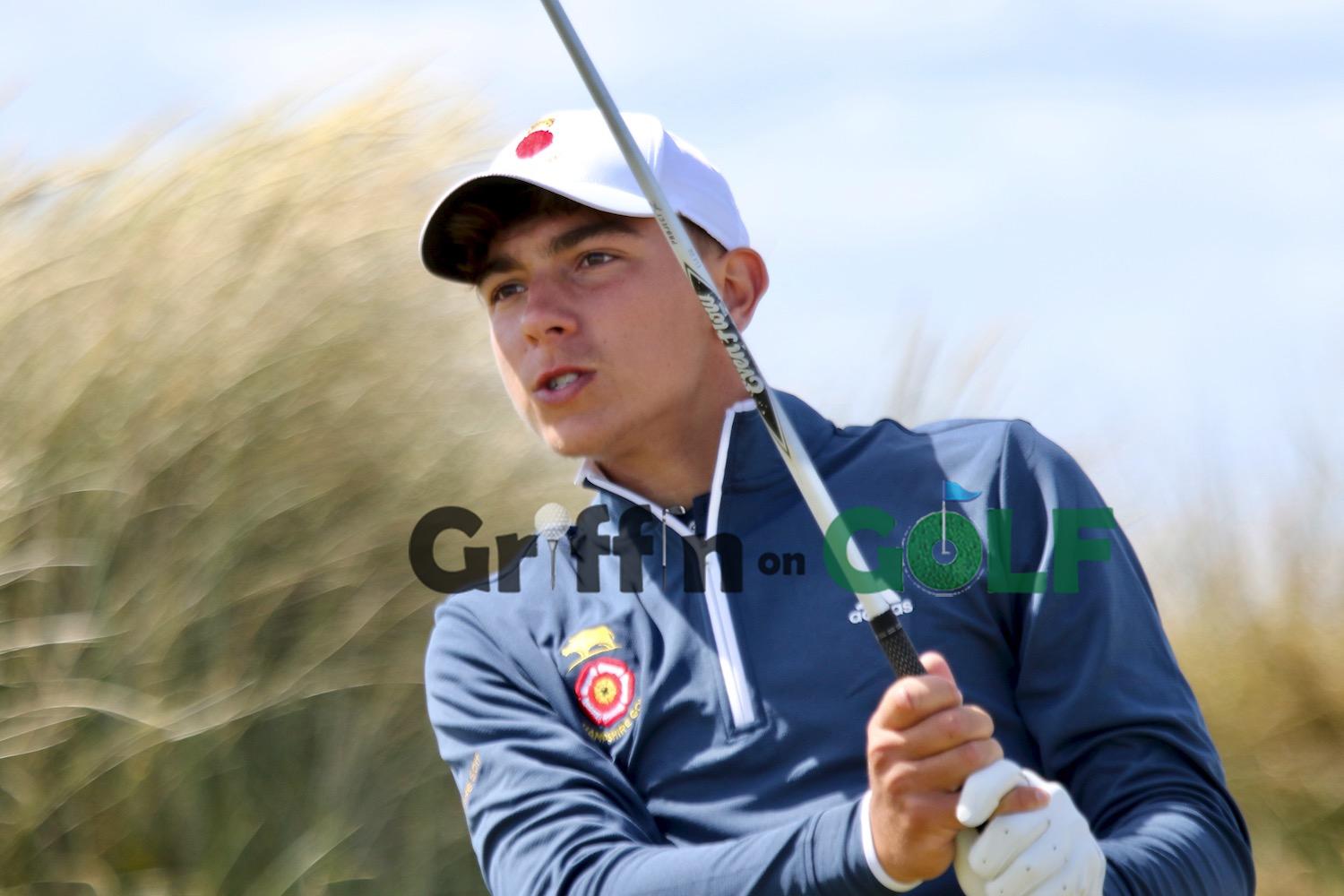 Bramshaw’s Joe Buenfeld, who had been in great form playing college golf in the States in the spring, was one of two players to miss out in Hampshire’s team for the South East Qualifier. Picture by ANDREW GRIFFIN / AMG PICTURES

Dawson has taken one big decision by leaving out the two finalists from the sensational game between Stoneham’s James Freeman and Bramshaw’s Joe Buenfeld.

The latter has been playing exceptionally well for Texas’ Incarnate Word University winning the NCAA Southlands Conference Player of the Year Award.

Instead, Dawson has given a debut to North Hants’ Charlie Forster, who finished fifth in the Berkshire Trophy three weeks, ago.

After picking up maximum points on his league debut in the defeat against Sussex, at Hayling, Forster was given the nod ahead of Freeman and Buenfeld, the former European Junior Open.

Neil added: “Charlie has that quiet focus which makes him stand out. He is a bit of a late-comer to the game, and, like Joe at Incarnate Word University in Texas, has also been in good form for Southeast Louisiana.

“They play in the same conference in the NCAA, so I think their results are spurring each other on. I have seen Charlie develop as we play at the same club, and I think he’s ready for the next step at county level.”

Dawson can rely on the experience of Young, plus Hayling’s Toby Burden, who reached three county finals in a row between 2019 and 2021 – a feat last achieved by European Tour veteran Richard Bland in the mid-1990s.

Burden played in his first South East Boys Qualifier 18 years ago, and was part of the men’s team that spread-eagled the 11 counties in the South Eastern Group, at Stoneham, in 2010.

He missed out on playing in the English County Finals after turning pro that summer, after making his South East Qualifier debut in Alan Mew’s team alongside Darren Wright and Neil Raymond.

And Lee-on-the-Solent’s George Saunders will play in the Qualifier for the fifth time since making his debut in the victory at Sheringham, in 2017, although he did not play at the English County Finals.

Saunders boasts a record of being five-under for his eight rounds so far, but has only finished on the winning team once – whereas Young has been a winner on eight occasions in his 22 appearances, including three in a row from 2015-17.

Last year’s county champion Jo Hacker, from Jersey’s La Moye, retains his place in the six-man team, having missed out on qualifying for the matchplay at The Amateur Championship at Royal Lytham, when he suffered a snowman on one hole, when comfortably inside the top 64.

Neil said: “Jo played last year and did well. He has a great temperament, which is great from the captain’s point of view. He’s maintenance free.” 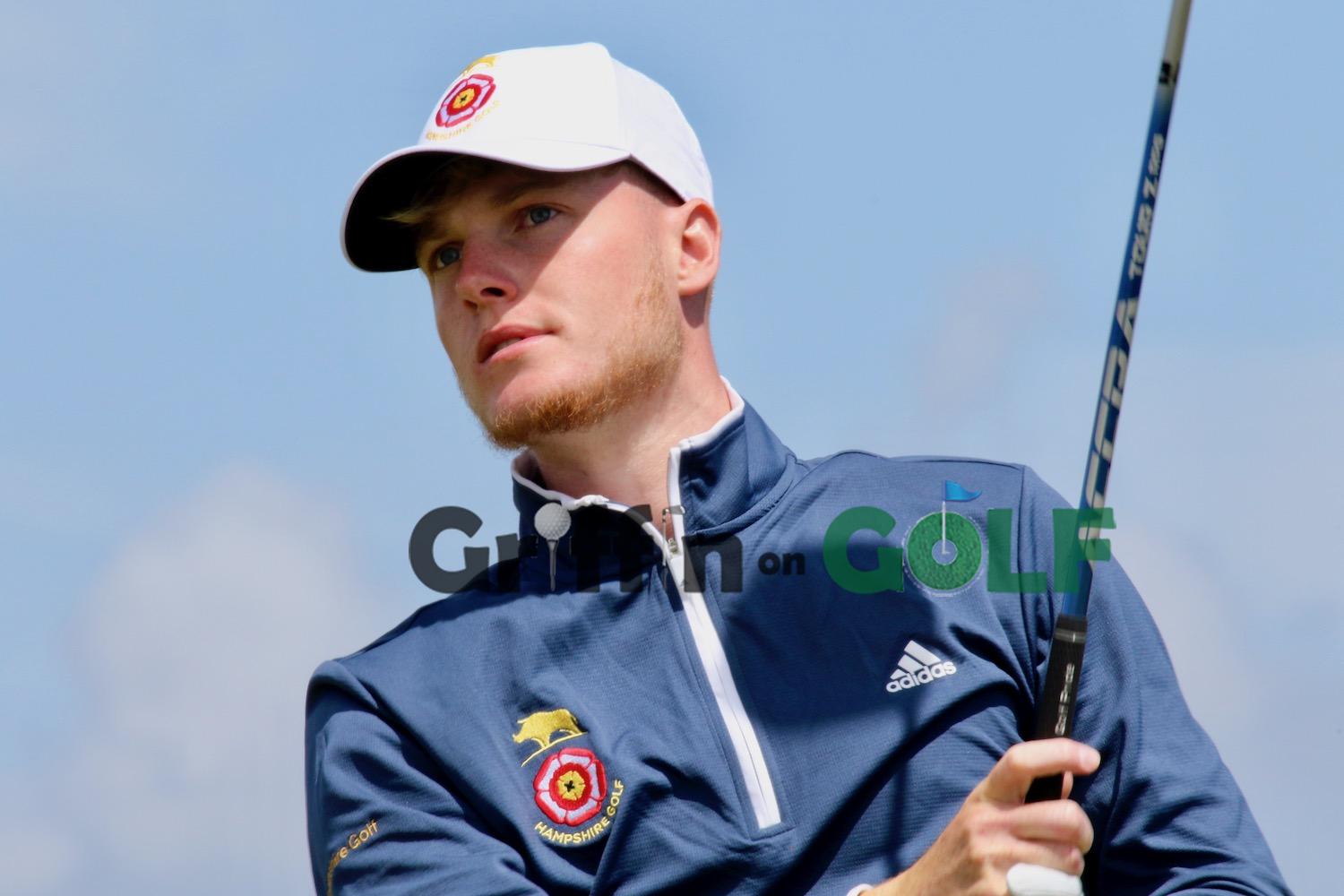 Stoneham’s new county champion James Freeman made his league debut in the defeat against Sussex two weeks ago, but did not make the six-man team. Picture by ANDREW GRIFFIN / AMG PICTURES